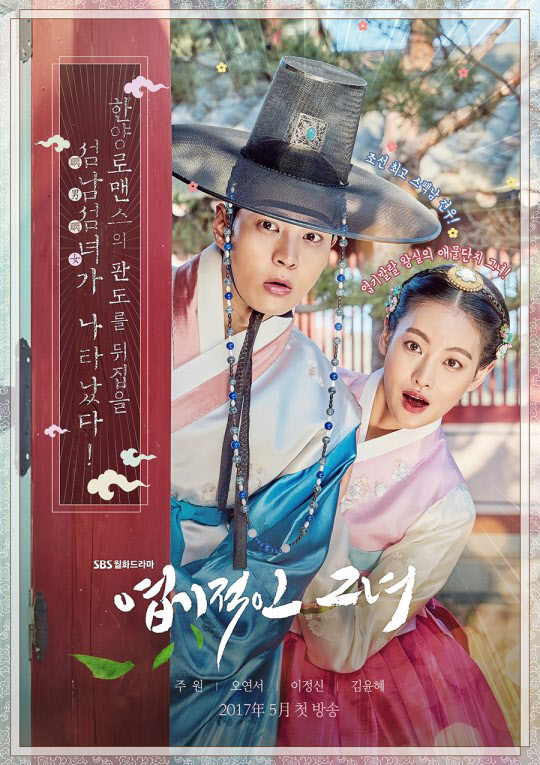 The countdown has begun in earnest for the K-drama remake of hit movie My Sassy Girl, taking over for the SBS Mon-Tues time slot from currently airing thriller Whisper which just hit midway airing with this week’s episode 8. Male lead Joo Won is headed for military service next month so this drama will serve as his final project so hopefully it’ll leave a positive lasting impression while he’s away from the limelight for nearly two years.

This drama is finished filming already so the quality should be top notch from writing to directing, and with leads being Joo Won and Oh Yeon Seo I’m good with the acting part. Oh Yeon Seo has been stepping into leading lady shoes a lot in recent years and her most recent Please Come Back Ahjusshi was an incredibly funny and poignant tour de force type performance that made her character wholly memorable. This time she’s playing the Joseon era version of a character made iconic by Jeon Ji Hyun, it’s big shoes to fill but I’m open minded to see how this drama take is worth being made in the first place.