The current cheating scandal in C-ent with married Li Xiao Lu hooking up with rising young rapper PG One is really one for the books on how blatant it is. C-ent is firmly 100% on the side of cuckholded husband Jia Nai Liang, but then also rather pitying him for getting himself into this situation in the first place. Turns out Li Xiao Lu appears to never really want to be him anyways whereas he was crazy madly in love with her. He proposed publicly on stage at an event, and she was apparently reluctant to go on stage when she saw he was about to propose.

When asked later she said she picked him because her parents like him. He loves her so much that he got ten earrings because he knows she likes guys with earrings. Since getting married, he has done ALL the cooking, cleaning, and child rearing so she never has to do any housework. Once he visited her on set and it was raining so he carried her so she didn’t have to get her feet wet. When she comes home tired he brings out a bucket of hot water to soak her feet. Li Xiao Lu clearly has a type and it’s “rapper”, having dated Han Geng before she married Jia Nai Liang, and reportedly hit on Kris many times, so C-netizens are basically calling Jia Nai Liang a poor fool in love who had this coming. 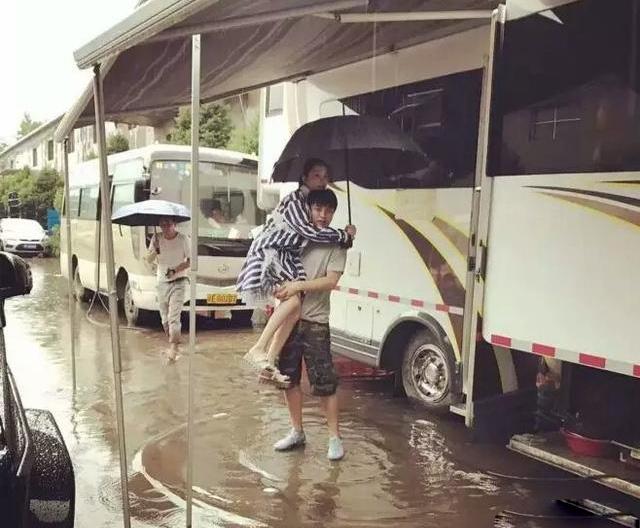