This is such a cute and interesting update to share on D.O. (Do Kyung Soo) and his military enlistment. He’s finished his basic training and has been assigned to the kitchen army division for the remainder of his service period. It’s nothing to scoff at, imagine cooking three meals a day for hundreds of army guys, starting earlier than wake up call to have the meals ready and toiling in the heat of the kitchen all seasons including the unbearable summer months. So many star military stories involve getting exemptions to do cushy public service gigs or the opposite and going full commando in the marines. This is a new service appointment for star and one that totally suits the hard working and earnest D.O., who apparently loves cooking too! Nice, he’s gonna make some woman a very happy wife one day. 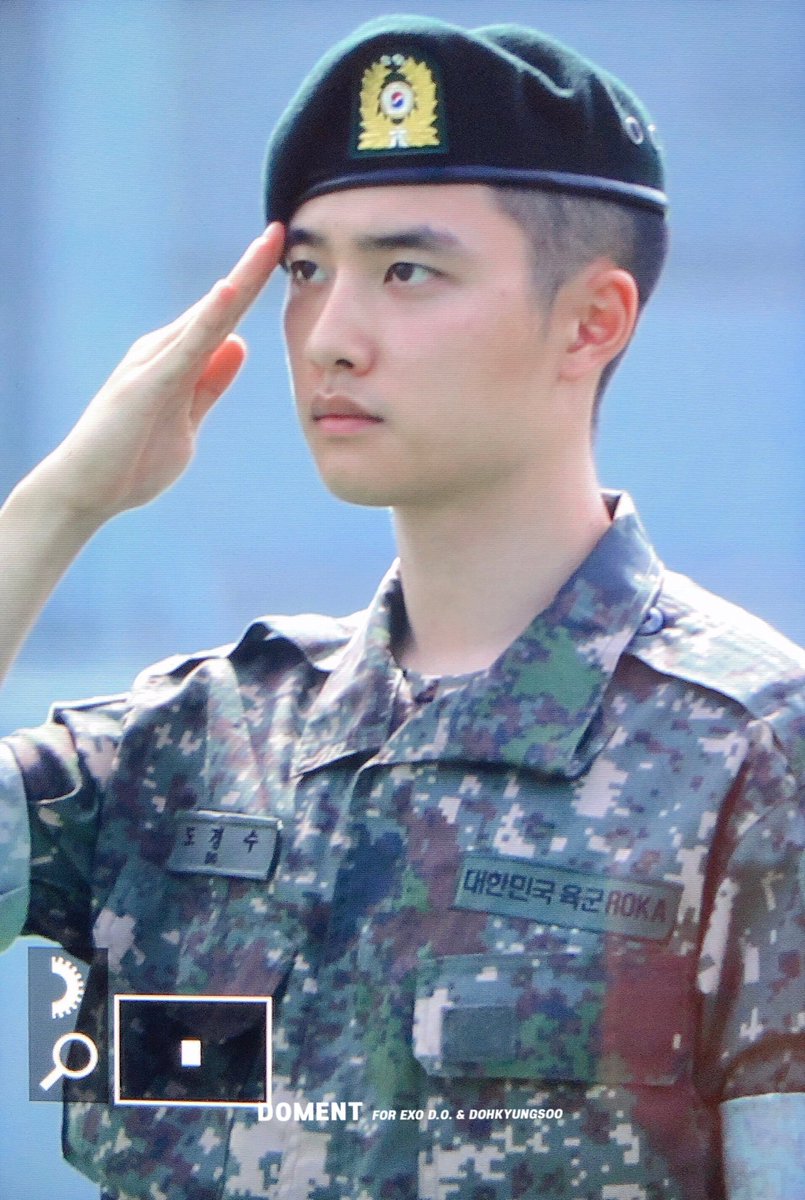