Wowowow talk about fan service! Next week two sets of the breakout stars of Reborn Rich will be taking their onscreen chemistry and charm directly to the viewers with an AMA (ask me anything) question-and-answer session. There will be Kim Shin Rok as the aunty and only daughter and Kim Do Hyun playing her doting husband and now Mayor of Seoul. Kim Shin Rok is so lively and animated, even though in another person it can be overacting but from her it’s just the 4D aspect of her character. Kim Do Hyun is a new surprise for me, his role out to be shrinking but he’s so assured in his performance. Another couple to join them is eldest cousin Kim Nam Hee and his frenemy wife played by Kim Ji Hyun. He’s a fascinating case study of a role and she’s stolen every thunder from the actual female lead and for good reason. This will be not only an interesting AMA revealing stuff from the drama and filming but also fun seeing these two onscreen couples interacting offscreen.

END_OF_DOCUMENT_TOKEN_TO_BE_REPLACED 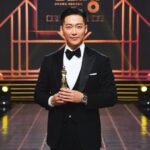 The first of the three network drama awards was the 2021 MBC Drama Awards which was less about the depth and breadth of offerings (slim pickings this year) but about the veteran versus the youngster for Daesang. It was a … END_OF_DOCUMENT_TOKEN_TO_BE_REPLACED