A sense of deja vu isn’t necessarily a bad thing but it certainly means having to compete with the memory of the predecessor. The first teaser is out for SBS 2022 rom-com drama A Business Proposal (Office Blind Date) and the first off is that I like the original Korean title better. It’s adapted from the same name webtoon and deals with the romance between an ordinary office worker and her company boss after the two have a blind date under mistaken assumptions. The preview gives off total Why Secretary Kim vibes and Ahn Hyo Seob and Kim Se Jung are channeling Park Seo Joon and Park Min Young lite vibes. It’s not a diss on them, the two youngsters are a decade younger so can absolutely be the next great onscreen pairing ala the Park-Park couple in Secretary Kim. There is the polished, charming, and brusque male lead and the office cutie female lead and plenty of hijinks, it probably helps that this drama is a few years removed from when Secretary Kim aired but it’ll come down to whether viewers are in the mood for this type of rom-com. I’m always in the mood but the story and chemistry has to delivery big time for me to stick around.

END_OF_DOCUMENT_TOKEN_TO_BE_REPLACED 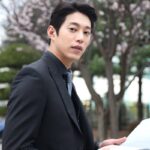 The “mysterious and reticent warrior bodyguard” is such a K-drama sageuk trope especially for this younger lead romance centric sageuks. There have been countless rising K-actor that got their a memorable step up playing this role – Song Jae Rim … END_OF_DOCUMENT_TOKEN_TO_BE_REPLACED 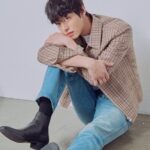 SBS is lining up an office based rom-com for early 2022 and the casting is filling out this week. Ahn Hyo Seob has been confirmed as the male lead of Office Blind Date playing a workaholic chaebol heir who has … END_OF_DOCUMENT_TOKEN_TO_BE_REPLACED 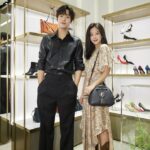 I don’t read Korean webtoons for the most part, though a few times a K-drama adaptation has led me to marathon the source material such as with Sweet Home. But it does feel like there are a bajillion webtoons since … END_OF_DOCUMENT_TOKEN_TO_BE_REPLACED