When a K-drama bisects a year during its airing period it does create potential for year end network award gaps. Case in point Secret Royal Inspector, the KBS sageuk that started airing in December 2020 and finished in early February 2021. The drama was low rated per usual for KBS dramas when it started airing at 5.0% but slowly went up in ratings for the second half and reached a high of 14.0% for its final episode. It averaged 8.119% and the small success is no small feat since the drama wasn’t really promoted and doesn’t have super big name leads with L, Kwon Nara, and Lee Tae Hwan. The two leads attended the 2020 KBS Drama Awards to present but wasn’t up for anything, makes sense as the drama just started airing. But since it got a decent wrap up it should get recognized at this year’s 2021 Drama Awards but when KBS opened the website for the year end awards nominations the list for Best Drama does not include Secret Royal Inspector and actual includes dramas with lower ratings. Netizens are upset for the drama cast and crew and wonder if it’s because L is in the army and can’t attend and the other leads are off on other projects. Either way, it’s nice to see a drama being overlooked get recognition by the public.

END_OF_DOCUMENT_TOKEN_TO_BE_REPLACED 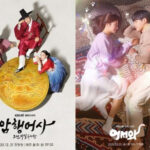 The Secret Royal Inspector (or Royal Secret Agent) is retiring with fanfare as the KBS Mon-Tues drama wrapped up this week to a really admirable ratings run. It started off the usual low 5.0% and ended with the final episode … END_OF_DOCUMENT_TOKEN_TO_BE_REPLACED 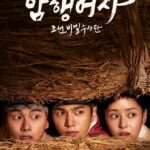 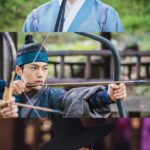 The Secret Royal Inspector will start his secret inspecting this December 2020 on KBS Mon-Tues taking over from Zombie Detective. It’s one of the last premieres of this wild and discombobulating 2020 though K-dramas have provided more solace and entertainment … END_OF_DOCUMENT_TOKEN_TO_BE_REPLACED

The role of the historical Secret Royal Inspector has always been rich with fictional fodder for dramas and movies whether in Korea, China, or even Japan. It’s the fail safe for citizens to know there is someone who can stop … END_OF_DOCUMENT_TOKEN_TO_BE_REPLACED 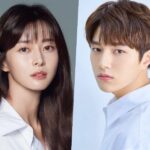 KBS is going back to the youth sageuk as the network has confirmed the casting of upcoming Secret Royal Inspector. L will headline the drama along with female lead Kwon Nara and supporting male leads Lee Yi Kyung and Lee … END_OF_DOCUMENT_TOKEN_TO_BE_REPLACED