Oh I remember this news story and it’s legit one of the most rage inducing ones I’ve read from J-ent. During the height of COVID-19 in June of 2020, Japanese veteran comedian and MC Watabe Ken was outed by a tabloid as being a habitual cheater on his drop dead gorgeous model-actress wife Sasaki Nozomi, from when they were dating, to after they were married, and even during her first pregnancy. His affair partners ranged from gravure actresses to random OLs he picked up, and one of his favorite hookup stops was a disabled freestanding toilet in ritzy Roppongi district, saying it was larger and nicer than a regular toilet. I think I may still have barf remaining from two years ago writing that article. Anyways, after news broke he actually admitted to it, claimed he was fully in the wrong but that he was NOT a sex addict, and vowed to repent forever and make it up to his wife. Her side released a statement that she was not divorcing him, probably due to having a baby together and also that relentless J-cultural pressure against divorcing. Anyways, this week Nozomi announced that she was pregnant with their second child and asked for well-wishes. She was actually semi-retired after marriage but once the scandal broke Watable was fired from all his gigs and she reportedly went back to work as the breadwinner of the family so she’s done movies and doramas these past two years. Sometimes you want to help someone but they just good with it, which really seems like her situation.

END_OF_DOCUMENT_TOKEN_TO_BE_REPLACED 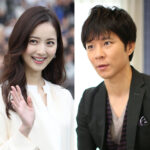 Holy *#%& this makes me so so mad, and yes I know it’s her choice but goodness ARGH I WANT THIS BASTARD TO PAY! J-actress Sasaki Nozomi had to deal with dirty laundry being aired this week when news broke … END_OF_DOCUMENT_TOKEN_TO_BE_REPLACED 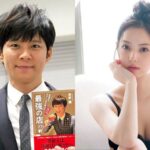 Dang, another cheating trash exposed but goodness it just makes me nauseous to read the details. Comedian 49-year old Watabe Ken was exposed by a tabloid doing detailed investigation that he had been cheating on his wife of three years … END_OF_DOCUMENT_TOKEN_TO_BE_REPLACED