Park Bo Gum‘s hot property status in K-acting just got major confirmation this week as he turned down one drama supporting role only to land another drama lead role. Nice! After turning down Entertainer (Ttantara) Park Bo Gum is confirmed as the leading man in upcoming romantic sageuk Moonlight Drawn by Clouds. His involvement is enough for me to check out this drama but adding to the mix is the elevation of Kim Ji Won to her first major drama leading role as she’s also been tapped for Moonlight. Double the nice! Clearly life is swell for Kim Ji Won as she gets to enjoy the explosive exposure thanks to hit drama Descendants of the Sun where she’s doing a bang up job. Pairing her up with Park Bo Gum hits various markers such as popular young stars with known acting talent in a fresh onscreen coupling. Moonlight Drawn by Clouds will reportedly be pre-filming some portions with an eye towards a summer premiere on KBS. 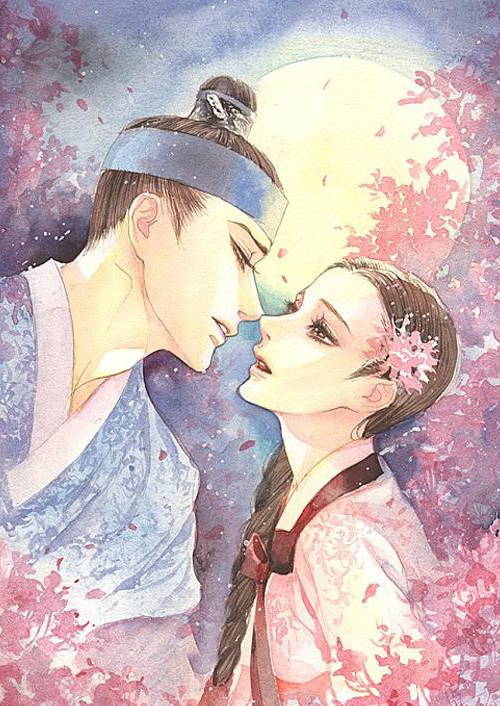 Moonlight Drawn by Clouds totally completely reminds me of a cross between The Princess’s Man and The Scholar Who Walks the Night and The Moon Embraces the Sun. It tells the love story of a Joseon prince with the his enemy’s daughter who happens to cross-dress as a eunuch in order to dispense love advice as a man. Tell me that doesn’t sound like a Princess Night Scholar Moon Sun mashup. Writing is the screenwriting team of Who Are You: School 2015 and directing is the PD of Discovery of Love, Big, and Dream High. 2016 really is off to a fantastic drama as far as I’m concerned.