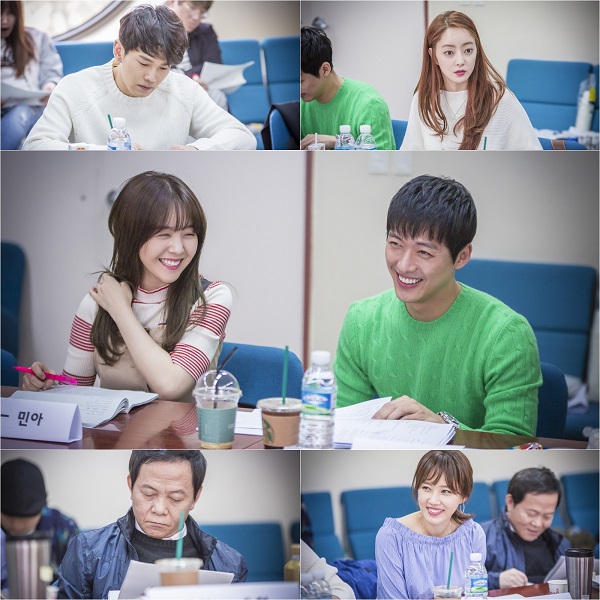 I can’t say this is the best drama cast around but it’s certainly worth checking out for Namgong Min finally getting a normal leading man role. Cameras are rolling for the next SBS weekend drama called The Beauty of the Beast (Beast’s Beauty), premiering on May 14th after Mrs. Cop 2. Unlike the PD and screenwriter’s last drama The Girl Who Sees Smells, which I adored despite the bipolar narrative of sweet and psychotic in equal measure, hopefully this one will stay true to it’s romantic drama roots as well as giving Namgong Min a role to shine that isn’t as a crazed killer. I was hoping his leading lady would be Baek Jin Hee but it’s a no go luring MBC‘s daughter over to SBS, so in the end the female lead goes to Minah of Girl’s Day. Joining the leads are Oh Joo Wan and Seo Hyo Rim to round out the cast.