The apple didn’t even fall from the tree, or if it did then it looped the heck up around and landed back on top because that’s where newly debuted Japanese teen model Koki is at in one short week. Since Elle Japan published the pictures of top Japanese actor-singer Kimura Takuya’s second daughter Koki’s high fashion pictorial (real name Kimura Mitsuki), J-ent and netizens have lit up the entertainment presses marveling at her presence, lookalike features to her daddy, and general curiosity over this famous star child who has picked to walk in the same footsteps as her father and also famous mother the singer Kudo Shizuka. Koki’s official instagram account reportedly gained over 700,000 followers in just one week, that’s some engagement and influencer power. I was impressed with her first pictorial but all that top model Blue Steel posing made her seem more mature than 15 years old, whereas the picture above posted to her Insta shows a happy excited girl of her age. 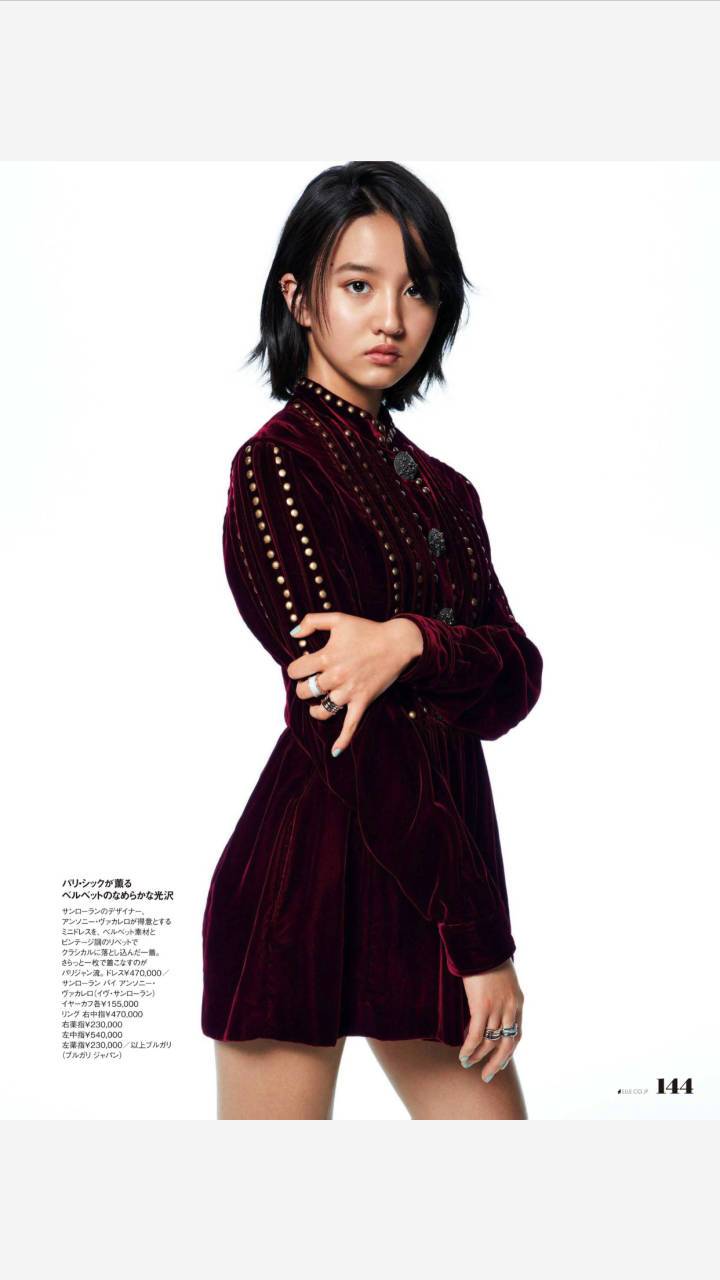