If the leads of Before We Get Married don’t get together soon imma not going to throw a table, I’ll just switch all my attention to best friend Ke Fei and best little sister Zi Ting. I can handle the conflicting emotions of Wei Wei and no I don’t want her to end an engagement and toss her boyfriend of three years aside for the hottest most frustrating man she’s ever met. That would be impetuous and I want her to make an informed choice. But it’s frustrating that she refuses to fully introspect and make a decision, though she did take more responsibility in this episode 7 to try and end her whatever with Ke Huan.

But right now the drama is making fiancee 321 into a workaholic and hurting Wei Wei, giving her an easier out, when really she needs to decide if spending the rest of her life with him after having met Ke Huan could keep her happy. I do love Ke Huan’s clean and cleaner break with clingy money sponge Zi Yuan, him cutting up her credit cards was an YESSSS moment for me. Also YESSS moments were sister Zi Ting telling Zi Yuan to do something with her life and maybe there is a sliver for her to get Ke Huan interested in her again. Preach girl, can you be in every drama just doling out the smart advice. 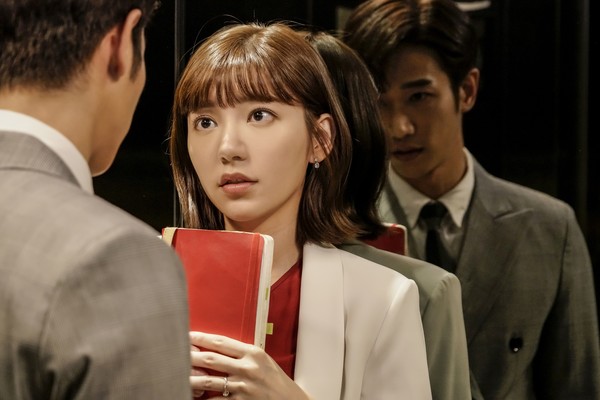