Being addicted to Crash Landing on You hurts so good. Perhaps I should be thankful next week’s airing will be preempted due to lunar new year festivities and programming, otherwise how can I concentrate and cook all the meals I need to whip up in real life. This Sunday’s episode 10 took what seemed like a permanent separation of OTP Se Ri and Jung Hyuk in the South and North Korean divide and prompted gave them a reason to see each other again.

The uber crazy baddie escapes prison and vows to hunt down Se Ri in South Korea to stick it to Jung Hyuk, who really needs the slimmest of reasons to hi tail it across the border to his lady love. Of course this is no bueno and high ranking daddy promptly sends the four ducklings plus one eavesdropping good guy to bring him back. That sets up for plenty of North Korean fish out of water comedy in the upcoming episodes as well as Se Ri finally showing Jung Hyuk how incredibly adaptive she was going from heiress to village ahjumma just to spend time with him. 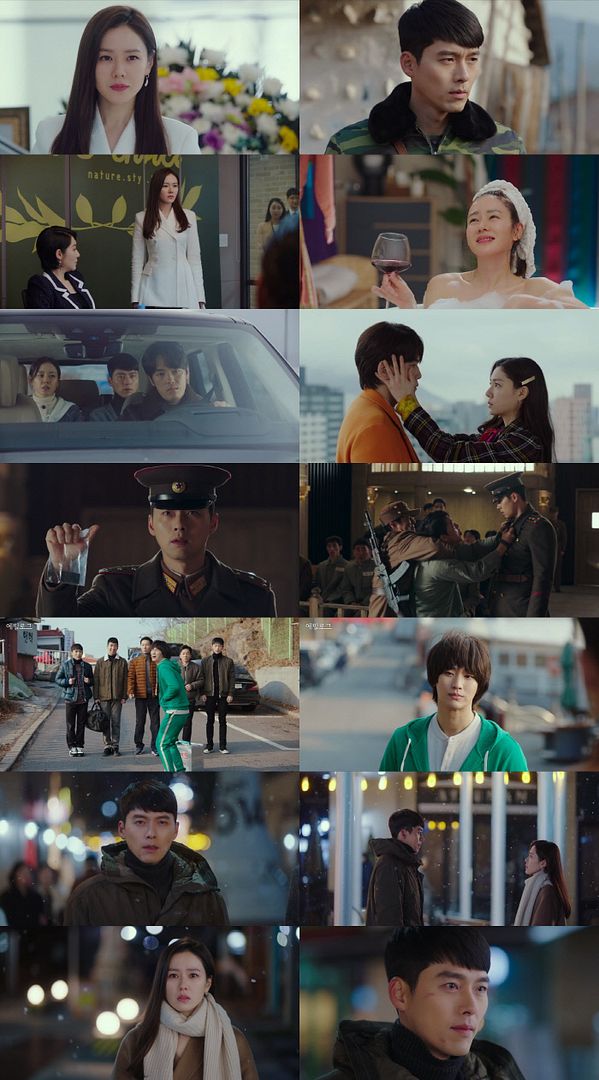