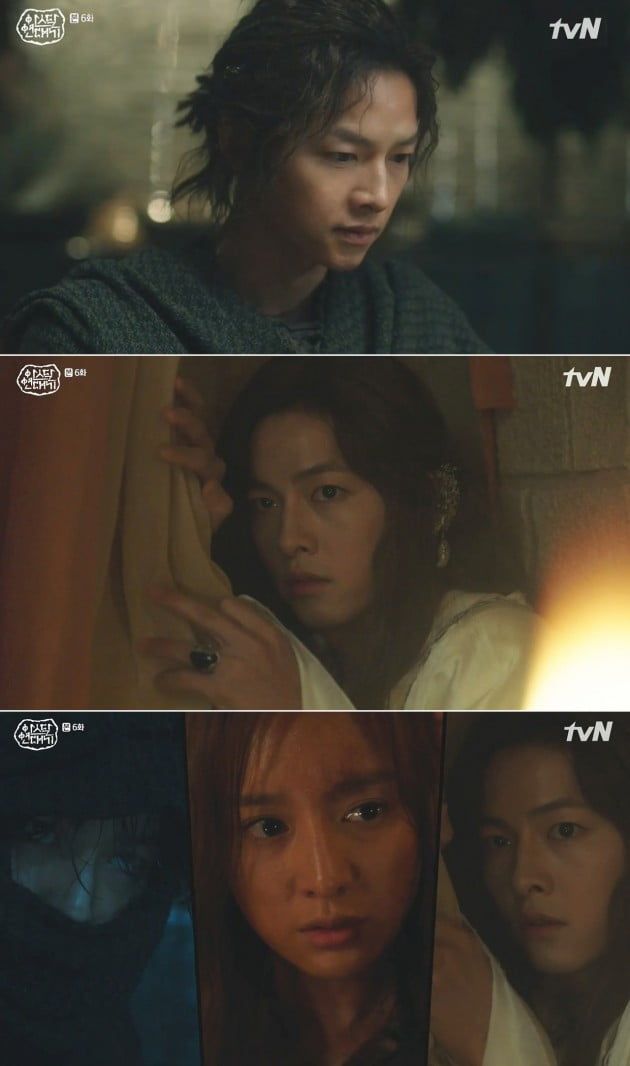 Now don’t go kerchief twisting that I spoiled a major twist in tvN big budget sageuk Arthdal Chronicles. This so-called twist is nothing like someone yelling out the ending to The Sixth Sense of revealing a major detail in The Crying Game. This twist is coming early on in the three-season scheduled drama and also telegraphed in the first two episodes already, plus those watching Arthdal should be caught up and not sure if those not watching care about this development.

Turns out Song Joong Ki‘s character Eun Seom is not the only Human/Neanthal mixed baby, he had a twin named Saya who was taken by the baddie Tagon and raised in Arthdal. The two twins along with Kim Ji Won‘s Tanya character are the prophesied three who will bring about the fall of Arthdal. Eun Seom the sword, Tanya the bell, and Saya the mirror. I seriously want to watch Arthdal because it’s gotten better but goodness the cinematography is really too dark even more than necessary and makes it tiring to watch on a computer.