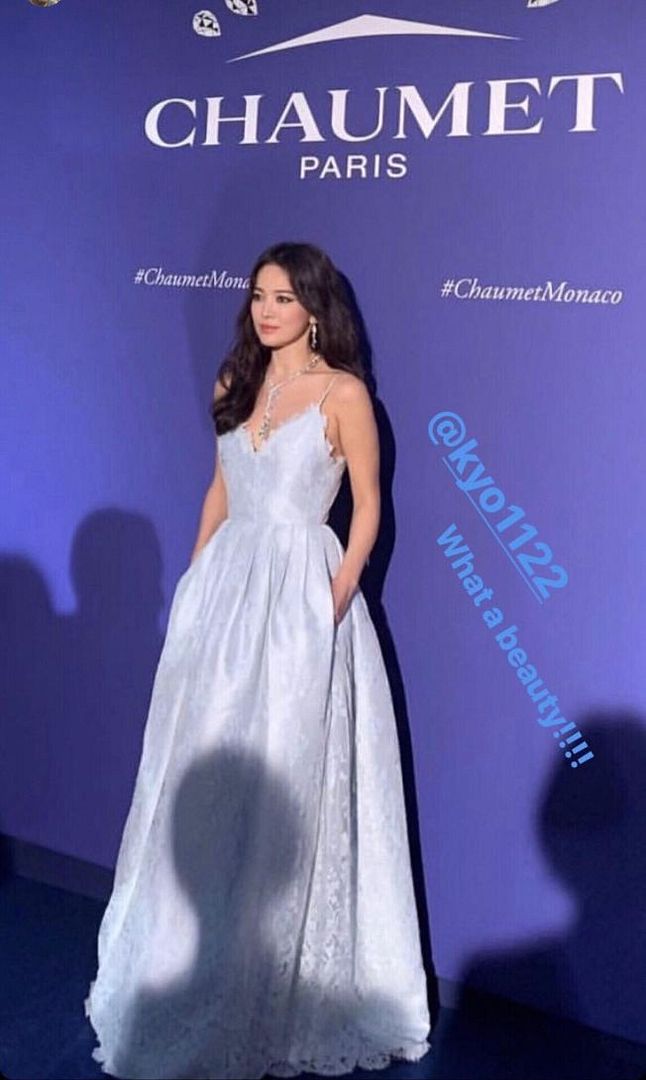 I’m so not taking sides in the high profile divorce of Song Hye Kyo and Song Joong Ki. Even if either or both were douchey to the other in their marriage, it’s between the two of them, and at this point nothing has been revealed that triggers me to think way poorly of one or the other. I just think it’s unfortunately and maybe if they dated another year before getting married it would have ended in a breakup that would make news for at most three days. Now it’s a dragged out until the divorce is finalized but life goes on and Song Hye Kyo is attending yet another brand event this time in Monaco for the jewelry line Chaumet. It’s a brand she’s repped in South Korea for many years and suits her image as a top star. Her look at the event was lacy ballgown and simple little bad dress, both paired with dramatic makeup and I think she looks a tad bit tired but still very beautiful. 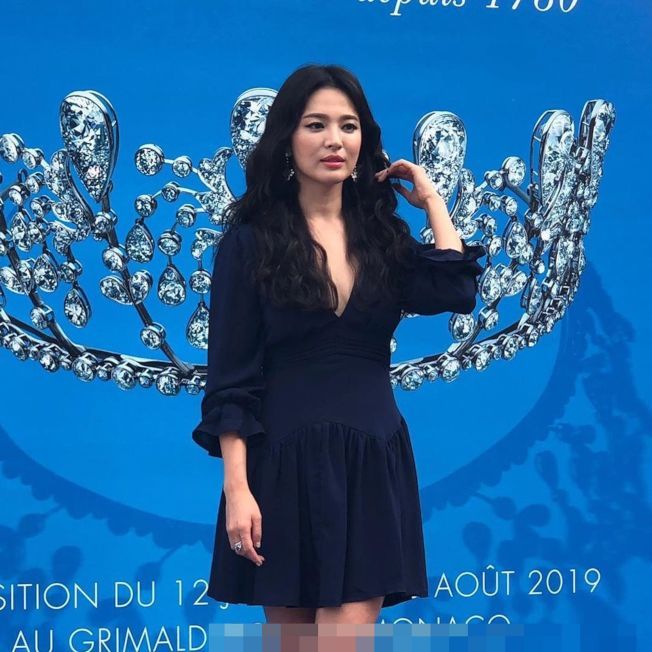