This is a frequent occurrence in the world of entertainment but its still so frustrating and demoralizing. I’ve heard of scripts getting re-written, dialogues getting changed, character trajectories getting changed midway through, and of course a final product getting re-edited. That’s apparently what happened to recently aired K-drama Anna, which got solid reviews and was the biggest drama hit for Coupang Play to date. Unfortunately the behind-the-scenes was no so glowing as PD Lee Joo Young has recently come out to blast Coupang Play for massively editing her drama over her objections and airing it. It was so traumatic for her she cannot even watch the version aired on Coupang and says that is NOT the drama she filmed. She’s even more upset with Coupang Play saying that it wants to release a “director’s cut” soon to milk more out of this drama when it was all their shenanigans that even led to having a director’s cut version existing in the first place. She vowed never to work with Coupang Play again and said she’s getting lots of industry reach out and support for her after she spoke up on mistreatment of her work.

END_OF_DOCUMENT_TOKEN_TO_BE_REPLACED 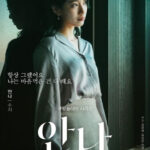 Call it the Suzy effect much like Park Eun Bin is rocketing the formerly unknown cable network ENA to superstardom thanks to her new drama. Streaming network Coupang Play is having a banner month thanks to K-drama Anna starring Suzy, … END_OF_DOCUMENT_TOKEN_TO_BE_REPLACED 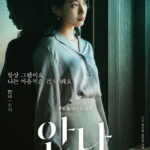 I have the hugest soft spot for idol-actress Suzy but I never go into her new drama or movie thinking she’s going to vastly improve. Incrementally for sure, that’s possible, but a great step forward hasn’t happened yet in her … END_OF_DOCUMENT_TOKEN_TO_BE_REPLACED

The streaming only K-dramas continue to sneak up on me and also leave me tons to catch up on. I’m still behind on Kiss Sixth Sense and just caught one episode of Yumi’s Cells 2 so far. Coupang Play has … END_OF_DOCUMENT_TOKEN_TO_BE_REPLACED 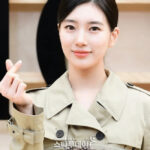 This feels like a Suzy cosplay drama, maybe a show to show her range and perhaps even challenge and push her outside her comfort zone. She’s headlining the upcoming Coupang Play streaming K-drama Anna where she’s a downtrodden poor girl … END_OF_DOCUMENT_TOKEN_TO_BE_REPLACED