This week’s episodes 11-12 of Dali and the Cocky Prince is eating a meal with half good dishes and half awful dishes but together its thematically coherent. We need the bad in order to appreciate the good, though this drama romance doesn’t need to put the leads through the ringer in order for them to love and cherish each other, they are capable of that already based on how emotionally wise each are. Moo Hak was the star of these two episodes, he was there for Dali whether having fun together or being her bedrock when all the weight of the world falls on her shoulders. That he doesn’t care she’s adopted was expected, but that he has such maturity in calling out his dad’s failings as well as confronting his shitty stepmother was applause-worthy. Normally he yells at everyone when displeased and watching his quiet pain conveyed as raw decades long surpressed emotion in that family scene was heartbreaking.

It’s clear now Tae Jin’s Big Bad role is even deeper and broader than initially presumed, he probably was even there when Dali’s dad died and could have started the entire problem to begin with rather than simply taking advantage of Dali’s dire straits. I still don’t know if he wants just Dali, a woman, or her and whatever she comes with such as the Museum. I think it’s the former since if he destroyed her in order to isolate her and force her to come back to him she’s probably not worth anything to him other than as the woman he got back. I think he’s aware enough to have loved Dali for real, and to regret losing her now. But the other side of him is the one who dumped her cold as ice for being adopted, and that evil douche side of him is the one who could have concocted this whole plot to get her back. I’m so glad she has Moo Hak now and I’m happy to watch even the inevitable OTP breakup for noble idiocy because it will only make their reunion all the more satisfying especially when Tae Jin loses not just Dali but hopefully his image.

END_OF_DOCUMENT_TOKEN_TO_BE_REPLACED 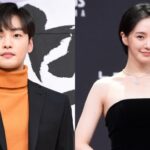 This is a switch up but I’m totally good with it. K-actor Lee Jae Wook passed on rom-com K-drama Dal Li and Gamja Tang and now Kim Min Jae has been offered the role and has accepted. The female lead … END_OF_DOCUMENT_TOKEN_TO_BE_REPLACED 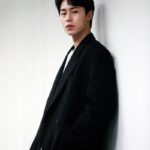 The casting carousel continues for this drama it appears. K-actor Lee Jae Wook will not be the male lead after all in upcoming 2021 rom-com K-drama Dal Li and Gamja Tang. He was offered the role opposite Park Gyu Young … END_OF_DOCUMENT_TOKEN_TO_BE_REPLACED 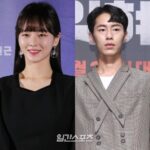 Drama viewers who have noted that the same names and faces get offered leads in K-dramas in various iterations will be happy with this new surprise pairing. KBS is prepping a rom-com drama for middle of the year called Dal … END_OF_DOCUMENT_TOKEN_TO_BE_REPLACED