I legit forgot it was the final airing weekend of tvN Sat-Sun drama Jirisan. Normally such a high profile drama would be generating buzz and chatter heading into the finale but it was crickets because the ardent drama fans that would generate content have long since checked out. The final episode got 9.225% ratings which is higher than the 7%-8% it was getting in the prior few weeks. But other than the premiere weekend which started off with a bang and the second episode even broke 10%, since then it went down and stayed stagnant. The ratings are actually decent for a tvN drama but for the fact that it cost so much to make, a huge budget, and came with the star studded casting of Jeon Ji Hyun and Joo Ji Hyun and the critically acclaimed screenwriter of Kim Eun Hee of Signal and Kingdom. But the problems started with the bad directing and quickly landed on the poor script where it’s been the major complaint. There was no compelling hook and the assorted mountain rescues and underlying serial killer mystery never really coalesced into a cohesive story. Kim Eun Hee even one upped her poor script with an ending that takes it to another level of crazy stupidity. K-netz are saying she borrowed from the Penthouse handbook for this one – one character wakes up from a years long coma and gets all healthy enough top resume being a park ranger with all that physical activity and another character gets up from a wheelchair after being paralyzed for years long to return to being a park ranger with so much climbing. It’s like, magical happy ending surprise yay! I feel like everyone involved with Jirisan wants to quickly move on from this dud lol.

END_OF_DOCUMENT_TOKEN_TO_BE_REPLACED 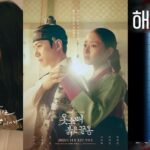 I remember when Wed-Thurs used to be THE most prestigious nights to air K-dramas and the ones that was used as a marker of high profile popularity. It’s now Saturdays with either bookend on Friday or Sunday. The remainder of … END_OF_DOCUMENT_TOKEN_TO_BE_REPLACED 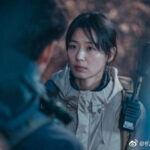 It’s week three of tvN Sat-Sun drama Jirisan and the viewers have spoken, this drama likely isn’t going to be the mega hit the industry expected coming from the collaboration of screenwriter Kim Eun Hee, PD Lee Eun Bok, and … END_OF_DOCUMENT_TOKEN_TO_BE_REPLACED 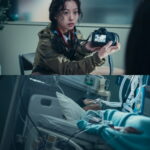 This has been a see-saw weekend for tvN weekend drama Jirisan (Mount Jiri) so it’s once again hard to see where this drama is headed for the long run in terms of ratings and audience reception. This Sunday’s episode 4 … END_OF_DOCUMENT_TOKEN_TO_BE_REPLACED 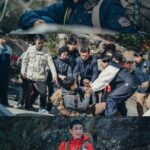 Well this isn’t good news for the cast and crew of tvN high profile big budget action thriller Jirisan (Mount Jiri). Yesterday was the third episode airing for the drama and coming off a big premiere weekend prior where both … END_OF_DOCUMENT_TOKEN_TO_BE_REPLACED

Seems like the positives are outweighing the negatives with newly premiered tvN weekend drama Jirisan (Mount Jiri), The second episode broke 10% ratings to net 10.663%, the second fastest to break 10% for any cable drama and the highest second … END_OF_DOCUMENT_TOKEN_TO_BE_REPLACED Oooooh pass me the popcorn now chingus! This is the type of shady beef I love because no harm done and just lots of juicy industry cattiness. Yesterday was the Saturday premiere of tvN action suspense drama Jirisan (Mount Jiri) … END_OF_DOCUMENT_TOKEN_TO_BE_REPLACED 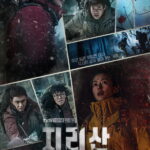