I’m keeping my expectations in check for 20th Century Girl, a Netflix produced Korean movie that seems to be assembled from all those high school and missed chance stories but without a different hook from the promos. It’s just two girls and two guy besties and their crossed feelings and loyalties, set in the late 90’s and then pulled forward 20 years to the current era. I love Kim Yoo Jung but Byun Woo Seok‘s acting ability consists of trying very earnestly to act but never quite succeeding, I’ve not seen Park Jung Woo, while Roh Yoon Seo is a rookie who debuted with Our Blues and had that breakout audience favorite side arc so the girls have a leg up going into this. The movie drops today Friday October 21st and I’ll see how the initial reviews go. The cast did an Elle Korea pictorial that is also less than engaging, it’s the opposite of delivering chemistry but at least they showed up.

END_OF_DOCUMENT_TOKEN_TO_BE_REPLACED 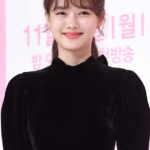 This upcoming Netflix K-movie looks so sweet and darling, evincing the same playbook as many such predecessors which take the young love from an earlier era and bring it forth to today as adults. Introduction to Architecture did it with … END_OF_DOCUMENT_TOKEN_TO_BE_REPLACED