I’m on the prowl for a new K-drama soon as my recent ones have ended or will end soon, and I wish tvN romance comedy drama Hometown Cha Cha Cha (formerly Seaside Village Cha Cha Cha) would be premiering this month or next especially since it seems so summery in vibe. Alas tvN hasn’t given it a confirmed time slot yet so I’m guessing it’s coming this fall. Leads Kim Sun Ho, Shin Mina, and Lee Sang Yi gave viewers a sneak peek at what to expect in the just released official video at the script reading session as well as glimpses of them on location in the seaside village where they are filming. Calling the pairing of Shin Mina and Kim Sun Ho the Dimple Couple is an understatement because they have the deepest sets of dimples in the industry and seeing it when they smile for fans on camera is such eye bleach.

END_OF_DOCUMENT_TOKEN_TO_BE_REPLACED 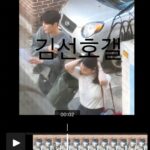 Spring is midway through and I’ve got my slate of K-dramas that work for me. Looking near term into summer, one of my most anticipated is Seaside Village Cha Cha starring Kim Sun Ho and Shin Mina. He finally gets … END_OF_DOCUMENT_TOKEN_TO_BE_REPLACED 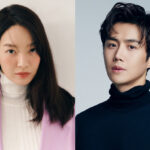 Rejoice, we have a confirmed great pairing and for a rom-com to boot! After months of rumors and speculation, today Shin Mina and Kim Sun Ho have confirmed their casting for the second half of 2021 tvN romance Seaside Village … END_OF_DOCUMENT_TOKEN_TO_BE_REPLACED