Las year the Korean box office went from $1.5 billion to $250 million due to the pandemic and this year it’s on the same pace so movies released in 2020 after March through the end of the pandemic will have to be judged relative to other such movies and unable to garner the same level of ticket sales and attendance. This year the big movies in South Korea have all been foreign films – Japan’s Kimetsu no Yaiba: Mugen Train, Minari from the US, and most recently Godzilla v. Kong. This past weekend the first domestic hit has arrived in the relatively big budget sci-fi moody thriller Seobok starring Gong Yoo and Park Bo Gum by the director of Architecture 101. The theater release brought in 210,000 tickets sold from Thurs night through Sunday, and the movie also got a simultaneous online release on TVing which did not disclose streaming numbers. The reviews are mixed, some praising the more thoughtful and contemplative flick for the many conversations about the meaning of life and death rather than a straightforward action escape thriller. Gong Yoo had to do the promos solo as Park Bo Gum has been in the army since last summer but the two prepared in advance magazine pictorials and recorded video greetings so that’s a nice touch. Congrats to the crew for creating a reason for more viewers to start heading back to the cinemas.

END_OF_DOCUMENT_TOKEN_TO_BE_REPLACED 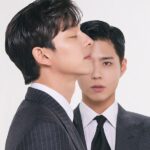 Two for the price of one should be the marketing slogan for upcoming sci-fi thriller movie Seobok. Audiences get Gong Yoo and Park Bo Gum like polar opposite flavors of ice-cream as one plays a retired intelligence agent with a … END_OF_DOCUMENT_TOKEN_TO_BE_REPLACED 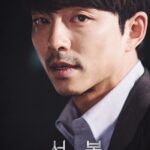 I think its meta that Park Bo Gum is playing the first human clone since he’s gotten some flack for being too perfect as a robot. Not his acting, just that sweet polite boy vibe that can come across as … END_OF_DOCUMENT_TOKEN_TO_BE_REPLACED 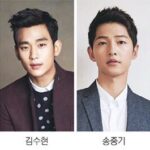 As TW-ent recently looked back on who it considers the reigning K-drama kings of the last decade, this week K-ent published an article looking forward at what it sees as the four highest profile Hallyu actor and projects in 2020. … END_OF_DOCUMENT_TOKEN_TO_BE_REPLACED