Each installment in the School series of K-dramas is its own entity, with a different screenwriter, PD, and cast. That means the recent success of School 2013 can’t and won’t provide any clue as to the ultimate fate of upcoming Who Are You: School 2015. With Blood all wrapped up School 2015 takes over the KBS Mon-Tues time slot starting next week, but I actually feel KBS might’ve shot itself in the foot but switching around the scheduling for School 2015 and Hello Monster. Right now MBC‘s Angry Mom has a head start on the schoolyard bullying subject matter, so even if School 2015 has a different set up the general vibe might be the same and I don’t know if audiences will feel like watching more of the same type of conflict. It harkens back to the two multiple personality dramas airing at the same time a few months ago, I just want to yell at the networks to space it out for my sanity’s sake. I’ll definitely give this drama a shot but having a cast of mostly unknowns other than leading lady Kim So Hyun, school story fatigue, and going up against Heard it Through the Grapevine and Splendid Politics (Hwajung), may not grant this School the same rating successes as its predecessors. END_OF_DOCUMENT_TOKEN_TO_BE_REPLACED 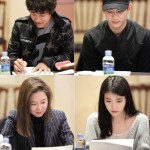 Ready or not, two new K-dramas are coming and both share the common thread of starting filming recently and being produced by KBS. The network kicks the new week into gear by releasing script reading pictures from both dramas. The … END_OF_DOCUMENT_TOKEN_TO_BE_REPLACED 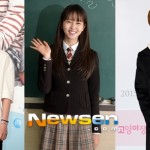 I wouldn’t call the casting process for upcoming KBS Mon-Tues drama Who Are You: School 2015 beleaguered exactly, but it certainly wasn’t as slam dunk as one would think considering the School drama franchise has kick-started so many acting careers … END_OF_DOCUMENT_TOKEN_TO_BE_REPLACED