MBC dropped a one-two punch today, releasing the first official poster for upcoming Wed-Thurs drama She Was Pretty, followed by the first preview with scenes from the drama rather than concept teasers. I find myself continuing to look forward to this rom-com, but seeing the broad physical comedy in the scene preview has me adjusting my expectations accordingly. I don’t want to complain that this drama is unrealistic and silly, when it seems to be marketing itself as exactly that.

The poster features leads Park Seo Joon and Hwang Jung Eum in an office setting, with her real face is obscured by a cleaned up pretty magazine cover of herself which he seems to be foisting on her. I’m already setting aside the gut punch reaction that he’s trying to force a prettifying makeover on her, based on the teaser it looks like she really affected him positively as kids and I can imagine how he’s going to have a hard time interacting with her and adults now that the situation has changed on their respective pretty scale. Overall SWP looks goofy and harmless which works for me. 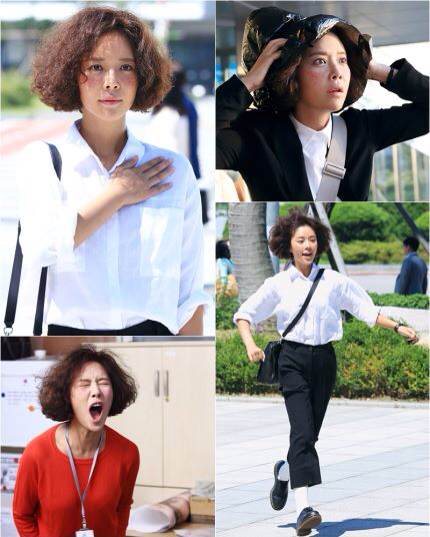 Drama preview for She Was Pretty: