This is my fave Descendants of the Sun teaser so far, and it’s no surprise because it’s male lead Song Joong Ki focused and he’s the numero uno reason this drama is on my must watch list. Famed screenwriter Kim Eun Sook has been so hit-and-miss with her works that I don’t tuned in automatically for her, but her hits with me have been so stellar I can’t risk passing her up lest she delivers a home run again. Descendants of the Sun is her first drama since the hit Heirs, which remains a hit even if it wasn’t a wowser out of the gate, the second half picked up viewer momentum and raked in tons of viewers and popularity overseas.

Descendants of the Sun appears plotted from the outset for overseas conquering, what with the location shoot and the snazzy soldiers and doctors in a crisis zone synopsis. Song Joong Ki is beloved in Korea but doesn’t yet have that Hallyu star moniker around him, while Song Hye Kyo is well-known in and out of Korea but doesn’t seem as buzzy anymore compared to the younger It Girls. It’s a bit of a weird casting combination for me but I so hope it works. So far Song Joong Ki is selling me big time on the cocky soldier routine. His pecs and abs certainly don’t hurt the believability factor. 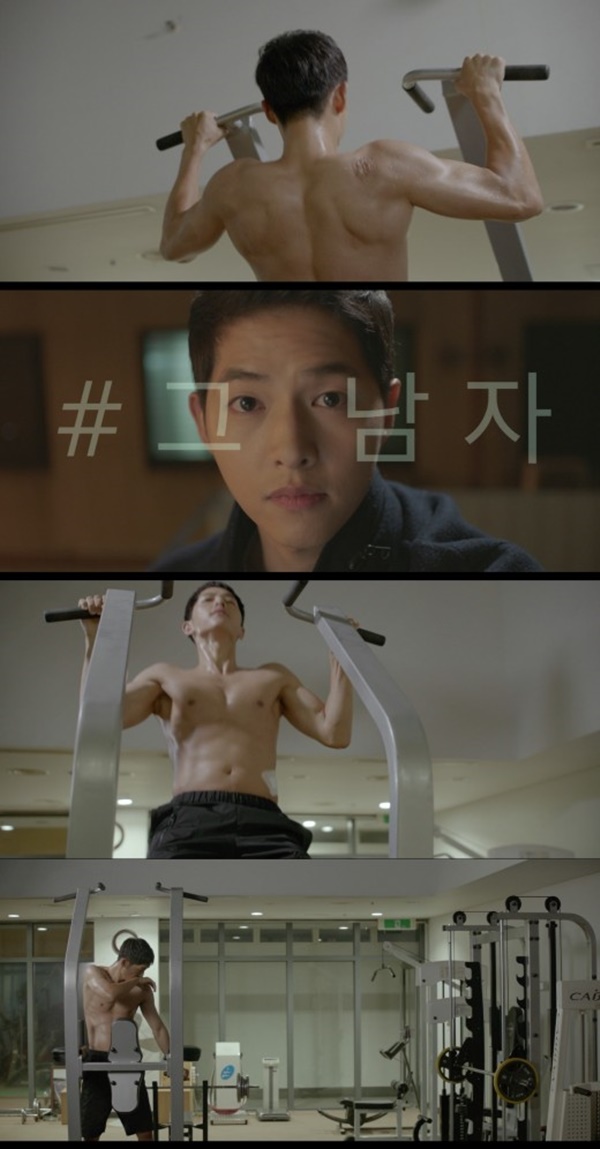 Song Joong Ki teaser for Descendants of the Sun: