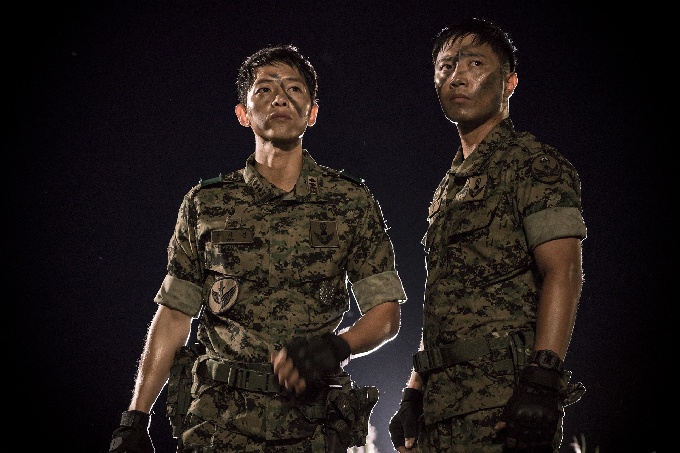 I love when it seems like the production hears the feedback from the fans and addresses it. That certainly feels like this case with the newly released promos for Descendants of the Sun that finally shows the soldiers and doctors in a disaster war zone looking grimy and gritty instead of pristine and air brushed. Of course the dirt is strategically and fashionably applied, such as above to male leads Song Joong Ki and Jin Goo, and both are posed just so to capture the maximum aura of being in the trenches.

I’m not complaining, lol, just pointing out the obvious but also being quite pleased that the production is at least making an effort. I can’t believe the drama is premiering next week already, on February 24th to be exact, and the just released new preview is my favorite by far. It showcases the two parallel romances of the four leads and has enough slow moody moments spliced with exciting action scenes to highlight the full range to expect from this drama. Bring it on, DotS!

New preview for Descendants of the Sun: