The first drama teaser for Uncontrollably Fond played up the after between the leads Kim Woo Bin and Suzy‘s characters – there is underlying tension and unspoken emotions zinging between them as she conducts and interview as the PD towards his now big name star. This just released second teaser reveals a glimpse of the before, how the two met in college and the cuteness that followed.

Suzy does something that Kim Woo Bin chances upon and he uses that to make her pretend to date him. It’s more standard rom-com fare than melodrama but in Lee Kyung Hee‘s pen I have faith, not to mention the two characters seem interesting to me already and the two leads have enough chemistry and onscreen energy to sooth my worries and whet my appetite further for this drama to arrive in July on KBS. The falling autumnal petals also don’t hurt with the pretty visuals, giving the drama a warm glow. 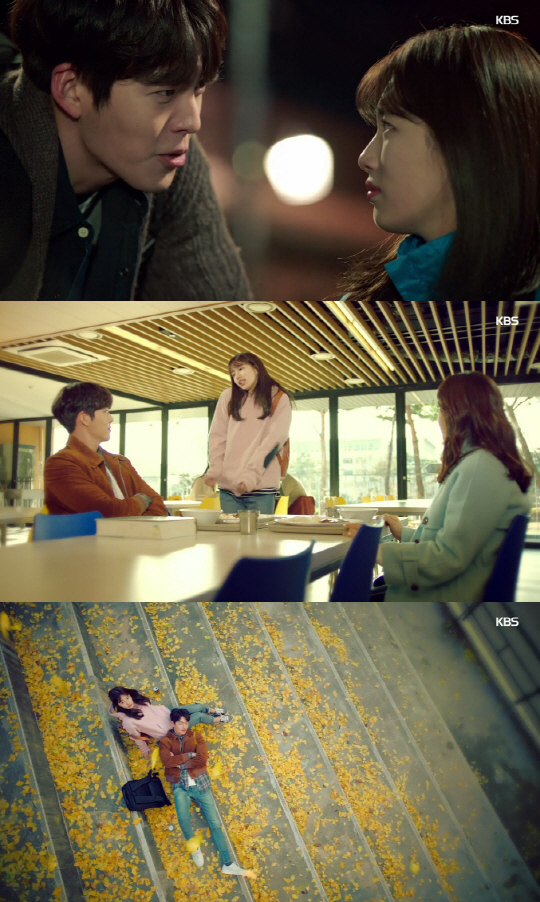