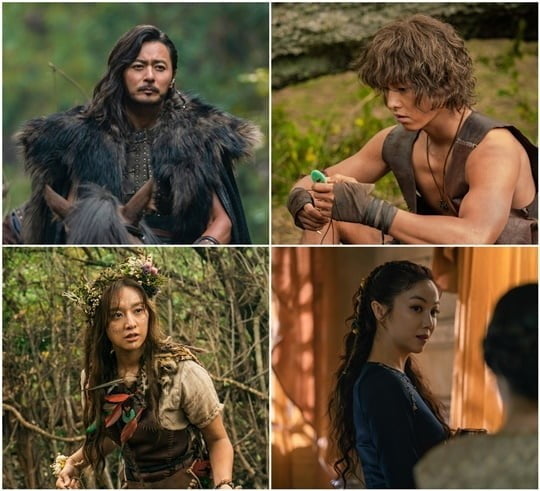 I’m getting this stark dichotomy after watching the just released four character teaser preview for tvN drama Arthdal Chronicles. It actually helps me make sense of the wildly varied previews so far. Leads Kim Ji Won and Song Joong Ki seem to be acting in a Disney version of a sageuk complete with perfectly applied face paint, artfully curled hair, and bucholic innocent interactions. While second leads Jang Dong Gun and Kim Ok Bin are acting in the HBO version of a sageuk with dark night scenes of danger and intrigue, dark eyeliner paired with sexy interactions, and seething intensity to survive or die in a world seeped in danger. I’m so onboard with the latter while the former should be the emotional core of the story but so far it’s not hooking me one bit.