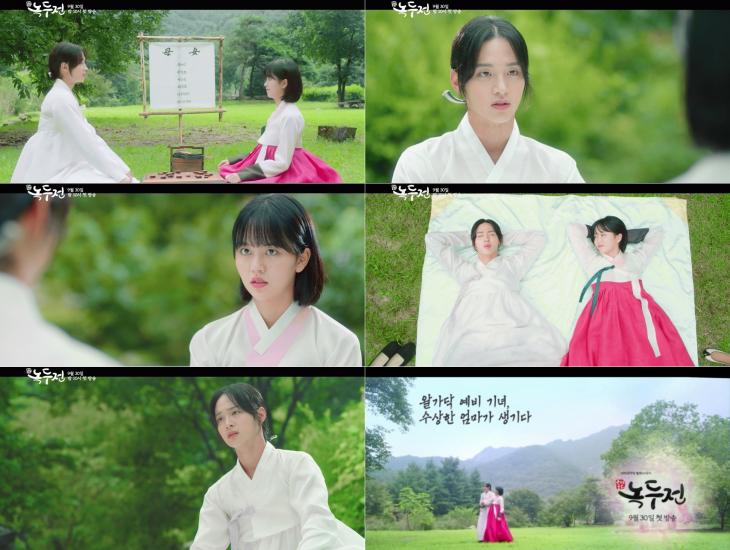 Okay, this looks cuter and cuter and it was already cute enough! In the latest teaser for The Tale of Nokdu, Jang Dong Yoon‘s fake widow turned fake mom to Kim So Hyun beats her handily at a game to decide who has to do what chore in their fake household. I’m sorry but the thought of them falling for each other while under the character of fake mom/daughter and him cross-dressing is like a billion percent ripe for shenanigans. Luckily these two are good actors at the understated so it won’t devolve into farcical expressions.

Trailer for The Tale of Nokdu: