Well, their work is done and the combined power of the Hyun Bin and Son Ye Jin onscreen pairing has validated all the pre-airing buzz. The final episode of Crash Landing on You aired this Sunday to an astronomical for cable TV ratings of 21.683% AGB nationwide. It’s the highest single episode rating for any tvN drama including other highly rated hits Mr. Sunshine, Answer Me 1988, and Goblin. It’s not the highest rated cable drama of all time, the crown still rests with jTBC drama Sky Castle which ended with 23.779%.

It’s Son Ye Jin’s biggest drama hit of her career but not for Hyun Bin who still holds his won record with My Name is Kim Sam Soon getting a final episode over 50% on prime time, and even his Secret Garden ended with 38% ratings. Crash’s rating on cable is probably closer to Secret Garden’s prime time run than to the nationwide obsession that was MNIKSS when half the TVs in South Korea tuned in. Congrats to Bin-Jin for living up to expectations, and the drama for being entertaining from beginning to end. As for the ending – think of the fate of the Cowherd and Weaver Girl. I don’t think the drama is exceptional but I cried do much for the sincere relationships of so many of the characters this drama is worth all the buzz. 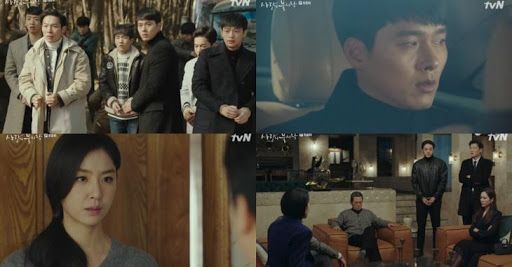