Oh bummer, I was hoping new Wed-Thurs sageuk Rookie Historian Goo Hae Ryung would get positive reviews, and definitely improved opinions on the acting ability of relative rookie actor Cha Eun Woo making his second drama lead appearance. I don’t know him to like or dislike him since I skipped his first drama but I have a feeling he’s being pushed to be the next Drama It boy what with two lead castings in one year with nothing other than a very pretty face and being a member of a boy band. If he’s going to be on TV then I want him to be good so he doesn’t end up ruining more dramas.

Sadly netizens are thumbs down on his first episode performance in Rookie Historian, and the screencaps of his bug eyed surprise acting are actually really funny because he appears to think acting = miming. Perhaps he’ll get better but so far it’s no bueno, and the ratings for a slew of new dramas premiering today are all so close, and so low, and nothing is quite hurting or helping Rookie Historian of its competitors. Rookie came in second with 4.0%, 6.0%, in first place is KBS detective drama Justice at 6.1%, 6.4%, and SBS had Detective Doctor getting 4.6%, 5.7&. Also new arrival OCN drama Mr. Temporary premiered with 1.814%. END_OF_DOCUMENT_TOKEN_TO_BE_REPLACED 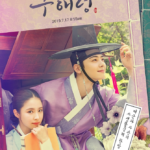 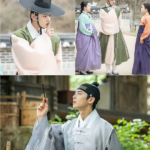 I’ve heard that K-netizens think Astro‘s Cha Eun Woo is one of the most objectively handsome male faces in K-ent and now I believe it. The first solo stills are out for his role in upcoming MBC drama Rookie Historiam … END_OF_DOCUMENT_TOKEN_TO_BE_REPLACED 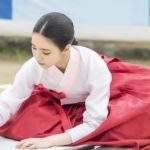 The currently airing Wed-Thurs MBC drama Spring Night is growing on me so I’m less pressed for it to finish and romance sageuk Rookie Historian Goo Hae Ryung to take over. I was initially bored senseless by the story in … END_OF_DOCUMENT_TOKEN_TO_BE_REPLACED 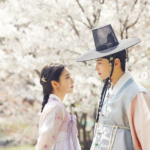 There hasn’t been a sageuk on my radar in awhile, and I’m not really counting upcoming Arthdal Chronicles since it’s mining pre-written history and has fantasy elements. I’m jonesing for a classic Joseon-era sageuk with romance and the requisite amounts … END_OF_DOCUMENT_TOKEN_TO_BE_REPLACED 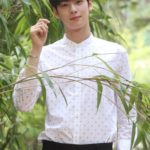 Like it or not idol Cha Eun Woo is for sure embarking on the acting path. After his starring turn in My ID is a Gangnam Beauty, he’s now confirmed opposite Shin Se Kyung in MBC sageuk drama Rookie Historian … END_OF_DOCUMENT_TOKEN_TO_BE_REPLACED 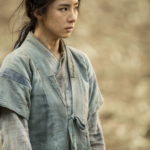 I find sageuk dramas do a well rounded job of featuring strong female leads as much as male-centric stories. From Dae Jang Geum to Queen Seondeok to Empress Ki and many more, strong women rightfully took their places alongside and … END_OF_DOCUMENT_TOKEN_TO_BE_REPLACED