A long and relatively successful run ended today for the SBS 50-episode sageuk Six Flying Dragons, the ratings leader in the Mon-Tues time slot but never high enough in ratings to bring back the days of yore when serious longs sageuks could average 20%. While Yoo Ah In and co is off getting much needed earned rest, up next is Jang Geun Seok and Yeo Jin Goo ushering in the period drama version of All In with Jackpot (The Royal Gambler).

Jang Geun Seok plays the discarded royal son with doubted lineage and Yeo Jin Gu is his legitimate princely younger brother, with the two engaging in a battle of wits and strategy with the future throne of Joseon on the line. The official three set drama posters are out along with a new preview, all of which continue to pique my interest with this talented cast and the promise of a shorter sageuk length in 24-episodes. Another promising element is the full cast of charismatic veterans including Choi Min Soo, Jeon Kwang Ryul, and Yoon Jin Seo.  END_OF_DOCUMENT_TOKEN_TO_BE_REPLACED 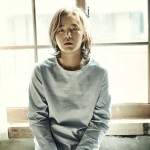 Jang Geun Seok with not as much excitement as he used to elicit but certainly still equipped with the acting talent to merit checking out. The Royal Gambler (Daebak or Jackpot) premieres in less than two weeks and is marketed … END_OF_DOCUMENT_TOKEN_TO_BE_REPLACED 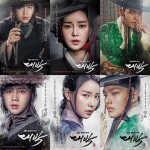 SBS is wrapping up long running Mon-Tues drama Six Flying Dragons next week and the following week will see the premiere of Daebak, which has been officially English titled The Royal Gambler rather than the literal Jackpot. I kinda like … END_OF_DOCUMENT_TOKEN_TO_BE_REPLACED