I feel like this new COVID-19 outbreak in South Korea could have 100% been prevented as the country did such a good job in February-April in containing the first wave. Alas the relaxation of restrictions and the crazies pushing for normalcy have come to roost as the nation is hitting new daily highs in infections. A few K-dramas, some currently airing and others just filming for the future, have announced halts to filming. Men are Men had a supporting actor test positive, Do Do Sol Sol La La Sol has stopped filming out of caution but still plans to premiere next week, veteran K-actor Kim Won Hae tested positive along with 19 other members of a stage musical this week which shut down filming on More Than Friends as actress Kim Hee Jung is in the play and also working on that drama, soon to air Private Life also needed to pause filming, and lastly just starting filming K-drama Run On has announced a stop to filming as well. Except more halts and I’m good with any preventive and safety measures needed to keep people safe over producing content.

END_OF_DOCUMENT_TOKEN_TO_BE_REPLACED 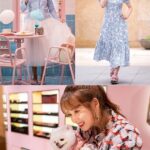 There’s a lot going on with upcoming KBS drama Do Do Sol Sol La La Sol and it feels like there should be something for a lot of different tastes going in. It’s male lead Lee Jae Wook‘s big promotion … END_OF_DOCUMENT_TOKEN_TO_BE_REPLACED

Okay, when I heard the title of this drama Do Do Sol Sol La La Sol and that it was for sure a music themed drama, seeing female lead Go Ara dressed like a walking poof of girly cuteness was … END_OF_DOCUMENT_TOKEN_TO_BE_REPLACED 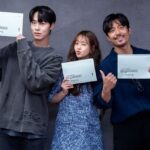 I took my time to write about this drama because goodness the title just doesn’t jibe for me. Clearly I’m not musically inclined otherwise I would be writing about K-pop, so being linguistically inclined makes me near tone deaf and … END_OF_DOCUMENT_TOKEN_TO_BE_REPLACED