Congrats to KBS weekend drama My Golden Life for just breaking the 40% AGB ratings threshold with this weekend’s episode 30, hitting 41.8% nationwide and cementing it as the highest rated drama of 2017. The drama still has another 20-episodes left and could break 50% if it keeps increasing, with viewer stickiness very high with this drama and also the feedback all positive. Starring Chun Ho Jin and Kim Hye Ok as the parents, the younger leads consist of Park Shi Hoo, Shin Hye Sun, Lee Tae Hwan, Seo Eun Soo, and Lee Tae Sang, this drama will go down in the gossip side as resurrecting Park Shi Hoo’s career and returning him to the big network small screen 5 years after his rape allegation scandal, and also this was the drama UEE turned down the leading lady role and doing the lowest rated drama of the year Manhole instead. For those watching along, any Park Shi Hoo ickiness aside, is the drama worth checking out? END_OF_DOCUMENT_TOKEN_TO_BE_REPLACED 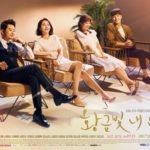 Scandal is a loaded word, for some K-netizens it connotes something as inconsequential as a star dating news, yet in recent years there have been a series of male star scandals of the serious variety involving accusations, police investigations, and … END_OF_DOCUMENT_TOKEN_TO_BE_REPLACED