Filming on the C-drama adaptation of Taiwanese manhua The King of Blaze (Fire King) is moving along swiftly, and like the narrative of the original story which spanned both ancient times and modern era, the production has now smoothly segued the leads. Starring Bolin Chen and Jing Tian, both of whom are marvelously cast in terms of looks and onscreen charisma, the drama released period stills last month showing the cast in their historical era incarnations. Now comes the modern era looks that just screams even more smexy from Bolin playing the titular King of Blaze while Jing Tian is fresh and fierce. The only missing look is from the leads in their fantasy dawn of time incarnations as the God of Fire for Bolin and Jing Tian as the God of Wind. END_OF_DOCUMENT_TOKEN_TO_BE_REPLACED 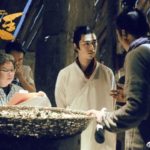 I appreciate that Chinese entertainment has the production scale to tackle period dramas and movies and make it look plausible. That doesn’t solve the problem of bad scripts and uneven directing but the set pieces and scale size are there … END_OF_DOCUMENT_TOKEN_TO_BE_REPLACED 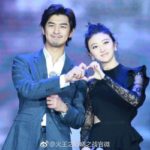 There are few actors or actresses that’s a sure thing to watch and Bolin Chen is on that short list for me. His intensity in performance is always a pleasure even in the most uninspiring of fare, and most of … END_OF_DOCUMENT_TOKEN_TO_BE_REPLACED 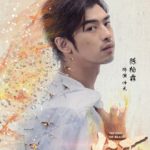 I did double take when I saw both the casting and the adaptation announced for an upcoming fantasy C-drama. The King of Blaze (Fire King) taps into an old school manga well in adapting the same name Taiwanese manga from … END_OF_DOCUMENT_TOKEN_TO_BE_REPLACED