Well someone at a newspaper wants to get on the bad side of KBS, or perhaps frankly no one cares since KBS has really hit a new low. Normally the network falls behind SBS and MBC in hit dramas in recent years but still has some just not as many. This year in 2022 it literally HAS NONE. Like, not a single drama got ratings, great reviews, or even underrated cult buzz. What makes it even more galling is that the network ostensibly got the biggest roster of top stars (numbers wise) as most of its dramas really were cast to succeed and yet none did. Curtain Call was a vanilla foray with Ha Ji Won and Kang Ha Neul, The Law Cafe faltered in both plot and chemistry with leads Lee Seung Gi and Lee Se Young, Bloody Heart was literally written for awards and yet it didn’t cause more than a small ripple, King of Tears Yi Bang Won got more scandal than viewers, Seo In Guk was all quirk in Cafe Minamdang, and even the usual suspects of weekend dramas with steady viewership didn’t stick around for either It’s Beautiful Now or Three Bold Siblings. With that said, is KBS wants to thank everyone who did their drama this year so be it, I hope to get cute red carpet pictures to salvage the year.

END_OF_DOCUMENT_TOKEN_TO_BE_REPLACED 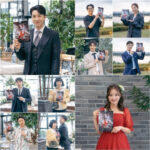 Fall is my favorite season and rom-coms my favorite genre so it has been such a sad disappointment the last two months to not have fall weather arrive yet and for the rom-com The Law Cafe (Love by Law). It … END_OF_DOCUMENT_TOKEN_TO_BE_REPLACED 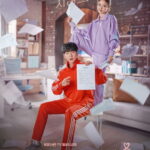 Watching The Law Cafe (Love by Law) elicits first the feeling of deja vu. Like, the sense that I’ve seen this or that before, or maybe all of this and that before in other prior K-dramas. The horrible corrupt lawyer … END_OF_DOCUMENT_TOKEN_TO_BE_REPLACED I’m so thirsty for a K-drama rom-com right now that as uninspired as this poster looks I DO NOT CARE! Give me Lee Seung Gi and Lee Se Young going from high school bickering classmates to dueling lawyers with emotional … END_OF_DOCUMENT_TOKEN_TO_BE_REPLACED

This is a reunion I’ve wanted on the small screen but not a true reunion since the two leads didn’t play leads opposite each other in their previous drama together. I’m talking about Lee Seung Gi and Lee Se Young … END_OF_DOCUMENT_TOKEN_TO_BE_REPLACED