The speed at which the Tzuyu holding a Taiwanese flag scandal blew up is still impressive for making a mountain out of a mole hill, but then the converse is now true as that tsunami receded in seemingly record time. It’s been two months and things are all peachy in JYP and it’s new girl group Twice land. Aside from the resembling a hostage apology video moment during the nadir of the maelstrom, Tzuyu didn’t seem to harbor any long lasting negative effects of simply holding a flag from her birthplace.

This week Tzuyu and her Twice mates made an appearance at the LG Twins baseball game and I’m forever wide-eyed in amazement at just how pretty Tzuyu is. She was born in June 14, 1999 which makes her 16 years old going on 17 and radiating that can’t be bottled youthful healthy vitality. She’s being styled impeccably, it’s not easy looking that awesome in a baseball cap and jersey. Nice comeback Team Tzuyu! END_OF_DOCUMENT_TOKEN_TO_BE_REPLACED 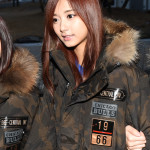 Looks like everyone can slowly go back to their regularly scheduled programming now after a whirlwind week of scandal on a fast-track scale. I think from when the allegations against Tzuyu of Korean girl group TWICE for being pro Taiwanese … END_OF_DOCUMENT_TOKEN_TO_BE_REPLACED 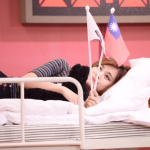 I was hoping this debacle wouldn’t have grown as big as it now has and I wouldn’t have to write about it, because this whole thing is insane for how something so not wrong and inconsequential turned into a political … END_OF_DOCUMENT_TOKEN_TO_BE_REPLACED 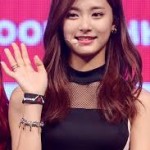 Korean music idols are a dime a dozen and it take the exception from the normal cross-over into acting for me to take notice. I’ve broken from the trend here because the Taiwanese media, and to the same extent the … END_OF_DOCUMENT_TOKEN_TO_BE_REPLACED