Quite a few K-actresses have made a mark playing a crazy type character and it’s almost always a uber rich and powerful crazy wife or daughter type role in a makjang or melodrama story line. K-actress Yoo Sun went from playing many a supporting roles over two decades to a big break in currently airing tvN drama Eve thanks to landing the plum role of Han So Ra. She’s vicious, violent, abusive, entitled, and nothing is off limits for what she can do if she’s pissed is the general takeaway. She’s gotten rave reviews from critics and netizens alike and a big reason for the drama being an addicting watch to wait and see her get the ultimate comeuppance. I have thoroughly enjoyed scene cuts of her over-the-top reactions and also the drama stills are always a hoot because she’s either constipated in coiled anger or freaking out and ready to burst a gall bladder type expression. This is the definition of throwing oneself into the role 110%.

END_OF_DOCUMENT_TOKEN_TO_BE_REPLACED 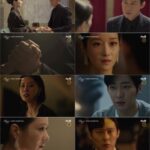 Revenge is a dish best served cold but try as I might this entire plot just sounds absurdly implausible and therefore comes across as silly. Upcoming K-drama Eve sells itself with overwrought visuals and intense emotions on everyone’s faces but … END_OF_DOCUMENT_TOKEN_TO_BE_REPLACED 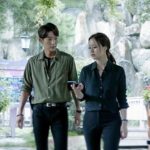 Things are not dire but is certainly disappointing as tvN‘s high profile and big name casted K-drama remake of Criminal Minds hasn’t really resonated with the local audience. Episode 1 did a promising and high for cable 4.187% AGB nationwide … END_OF_DOCUMENT_TOKEN_TO_BE_REPLACED 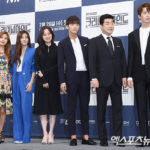