It’s still hard to fully believe that Descendants of the Sun is right around the corner, premiering in mid-February on KBS Wed-Thurs, taking over from The Merchant: Gaekju 2015. I’m still super excited even if the first teasers weren’t what I expected, at least nothing looked terrible or awkward right off the bat. Song Joong Ki remains the number one reason for my excitement, and thankfully in the latest teasers his leading Song Hye Kyo looks slightly less wooden and blank than in the first teasers.

I also realized that half of the problem is her line readings, her dialogue readings just sound dull to me in spots when she sounds like she’s reading from a page in a clipped tone. When she’s in an animated scene then it comes off more fluid and alive. She is very pretty though, and I’m sure the drama will do its best to frame the leads in as pretty as visual as possible, especially when arrayed against the backdrop of an expensive and expansive location shoot. 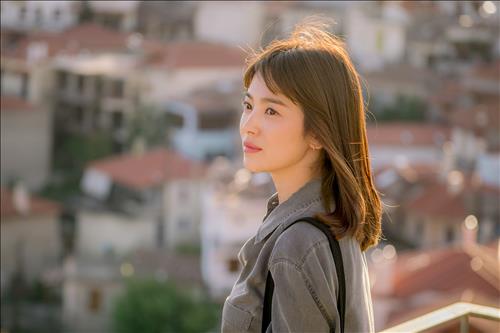 Previews for Descendants of the Sun: