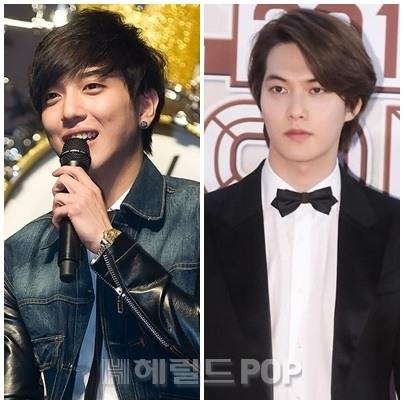 It’s a mix bag of news for two members of Korean boy band CNBLUE, and likely overall a ding for the reputation of the involved members and/or the entire group as a whole. The Seoul authorities have been investigating Jung Yong Hwa for insider trading in the past week, and the investigation further expanded to include his fellow band member Lee Jong Hyun. The investigation has concluded with Jung Yong Hwa being cleared and Lee Jong Hyun agreeing to pay a fine for insider trading.

Their stories goes like this – Jung Yong Hwa claimed his mother was trading the FNC Entertainment stocks in his name and he knew nothing about it, only selling it after the stock rose once the agency signed Yoo Jae Seok, whereas Lee Jong Hyun heard about the signing at the company and bought stock claiming he did not know the news was not public yet and once he heard he held the stock and didn’t sell it so he didn’t make a profit. It’s basically the variation of the dog ate my homework (my mom traded for me) and the I didn’t know defense.

I think insider trading is one of those white collar crimes where money is almost always enough penalty, disgorgement of profits earned and/or additional fines as deterrence. Looks like the authorities accepted Jung Yong Hwa’s explanation and let him off the hook, even if the coincidental timing of the purchase of so many shares happened mere days before Yoo Jae Suk’s signing and the shares were sold right after he signed (within a span of a week). As for Lee Jong Hyun, he’s still holding on to the FNC shares he bought which are currently underwater, plus with the fine he paid, it certainly will be a deterrence in the future to not trade willy nilly.