It’s hard to really settle into the mere days long wait for the premiere of the K-version of Bu Bu Jing Xin, coming at the end of the month on August 30th, when the production has been in the works for well over a year. Moon Lovers: Scarlet Heart: Ryeo (Bobogyungsim: Ryeo) waffles being playing up the sprawling cast of princes and royal ladies, versus focusing on the romance angle of the destined OTP played by leads Lee Jun Ki and IU.

His casting was a brilliant choice to do something totally different with 4th Prince role, while she always felt like a retread to try and capture the leading lady ingenue magic of the C-drama performance. I’ll need to watch the drama to truly assess the chemistry but from the stills his intensity looks jarring with her wide-eyed innocence, especially in two new character posters below. With that said, I continue to keep my hopes up as I gobble the latest and greatest goodies up. 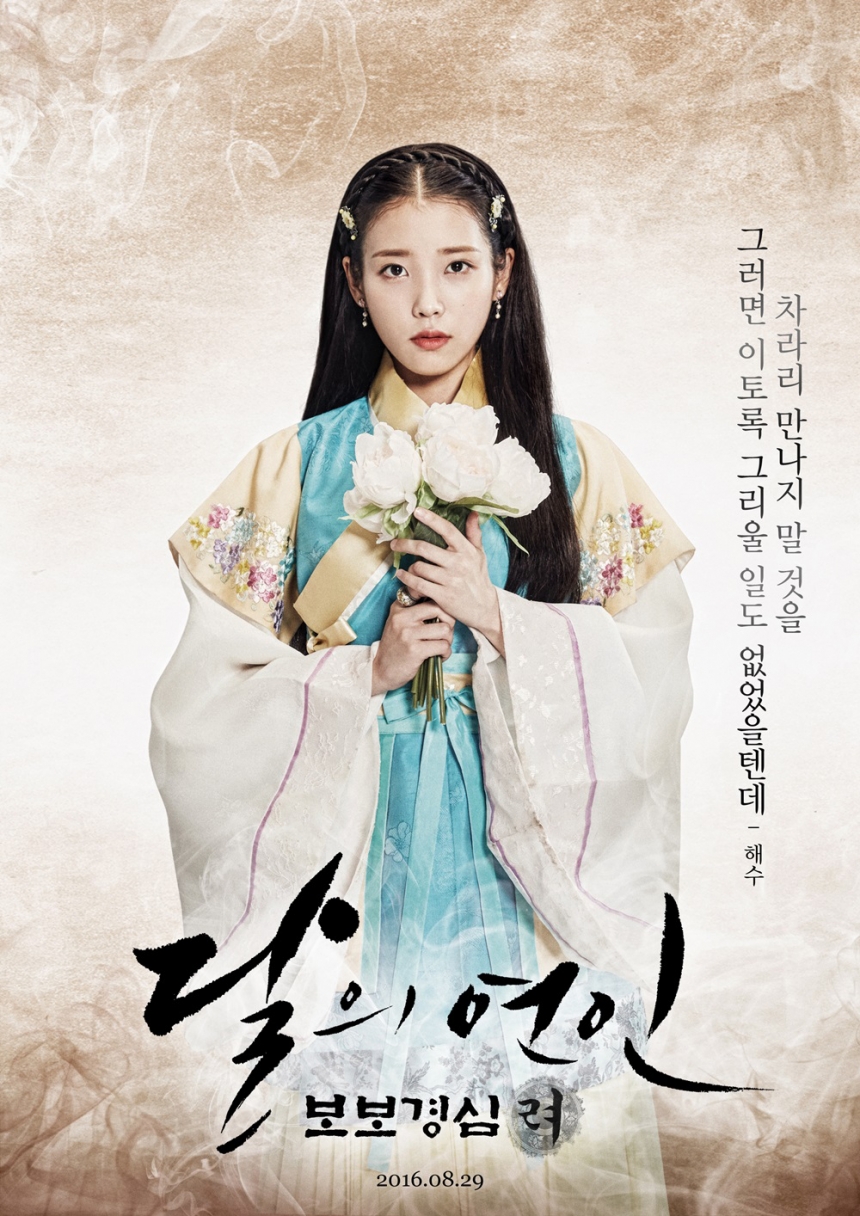