Fall in Paris is glorious weather and fashion season, which is why it’s dispiriting to see the two used in such lackluster ways in the latest Cosmopolitan Korea pictorial featuring Lee Min Jung. She went all the way to the City of Lights only to be filmed in front of nondescript buildings and streets, decked out in serviceable albeit unmemorable fall season attire. I do love her hair though, the bangs and the scruffiness is really street chic, lending her an aura of edginess that feels better than her looking all staid and stuffy in recent months with her roles and entertainment event attendance. I don’t know what the next stage of her acting career will entail now that she’s married and a mom, and having weathered her husband’s scandal, but she should take a page from Eugene‘s acting handbook and stick to warm family weekend dramas to rebuild her core fan base. 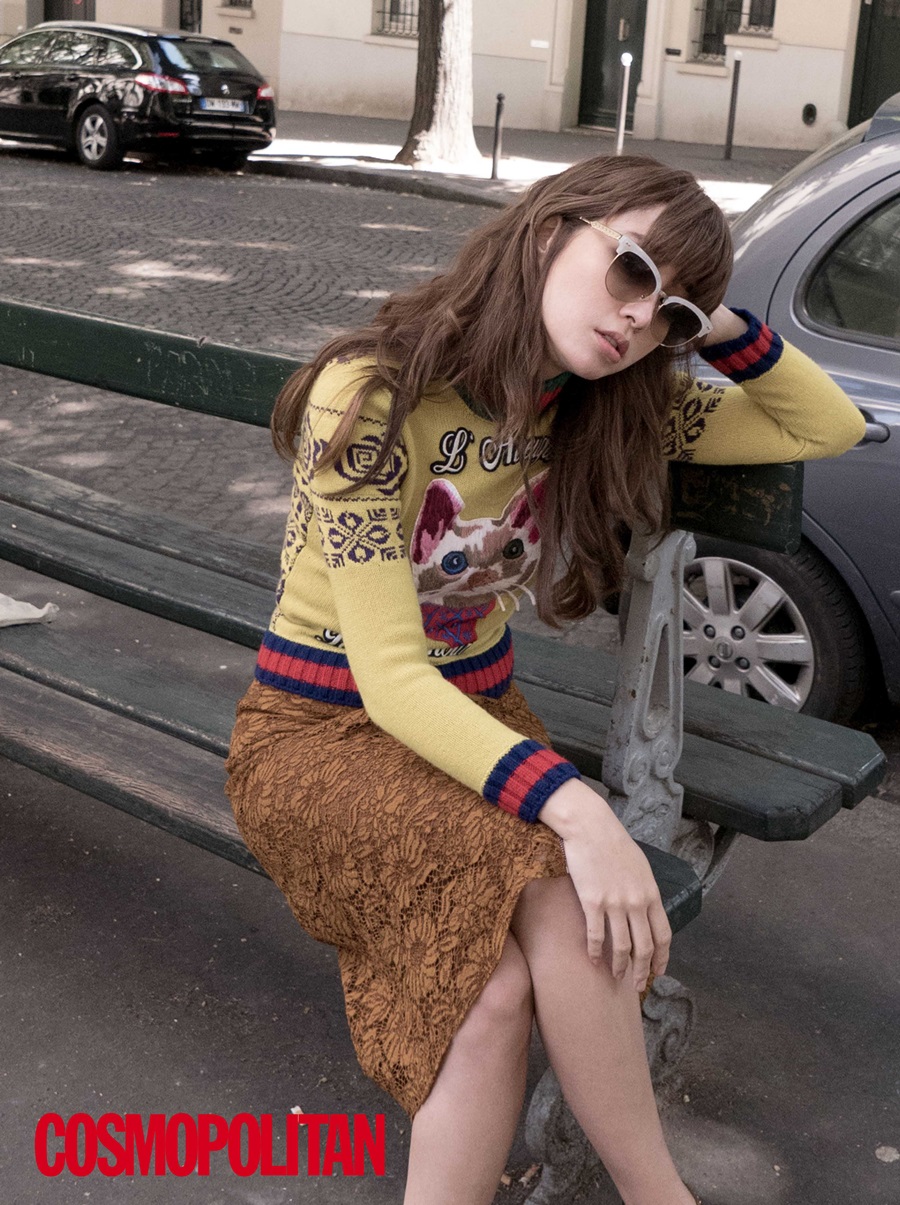