A good actor can overcome physical constraints and make the audience buy character traits that visually seem incongruous with certain looks. Lee Hyun Woo may be 24 years old but he can easily pass for early teens even and such baby-faced looks is a limitation he’s going to have to counter for the foreseeable future as he can only play adult roles now. A good example for him to follow is Song Joong Ki‘s career, the way he still looks super boyish but can sell a character like hot shot military honcho in Descendants of the Sun or womanizing revenger in Nice Guy. So much can be conveyed in the eyes and I’m loving Lee Hyun Woo’s intensity and gaze in the new stills from upcoming tvN drama The Liar and His Lover as he transforms into a believable young headstrong musical genius producer. Same goes with newbie Joy as the aspiring songstress in the new stills with her performing, there’s such a lovely warmth and sincerity in her visage. 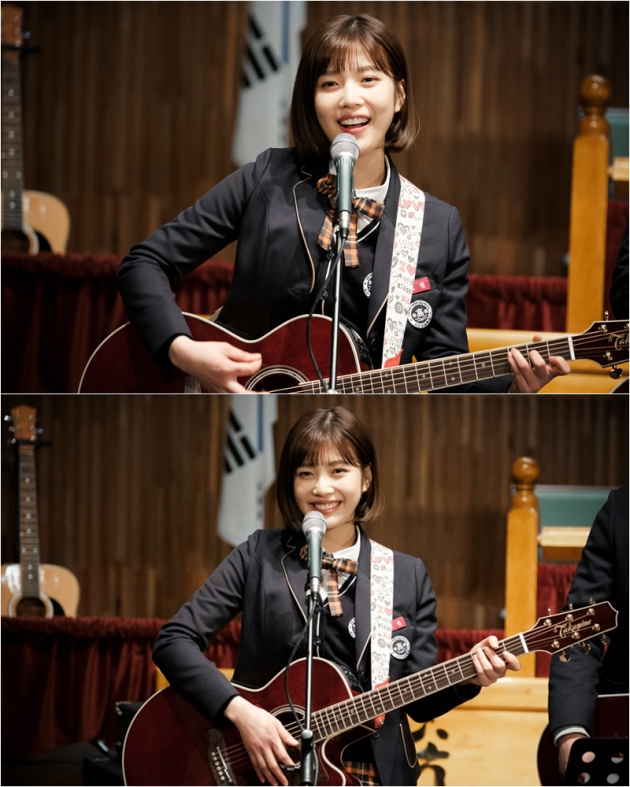