Healthy competition is good for all, keeping up the intensity and spurring achievement to greater heights. It’s been a very healthy competition with nary a kitten meow of a cat fight between child actress turned leading actresses Kim Yoo Jung and Kim So Hyun, proving that their fans are either mature or maybe the same group that loves them both. Either way, both talented young actresses have tapped into plenty of meaty roles and successful dramas in the last two years so it’s a tad weird to hear that Kim Yoo Jung is considering the leading lady role for School 2017, the latest iteration of the drama series that last saw Kim So Hyun as the leading lady in Who Are You: School 2015. Kim Yoo Jung is actually a high school student so I have no problem with her taking this role but after the runaway success of Moonlight Drawn by Clouds it feels a bit like a step back. But then again, the drama could have an amazing story and a great director, making a return to the school yard worth her while. 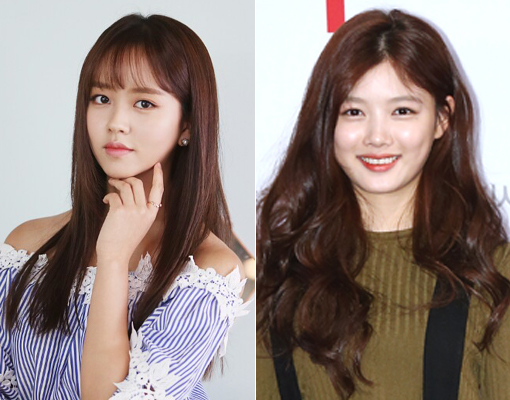 School 2017 should be in deep casting mode right now considering that it takes over the Mon-Tues slot after Fight for My Way (Third Rate My Way) which premieres next week on May 22nd. The script will be penned by Lim Soo Mi who wrote Let’s Eat and Rude Miss Young Ae while directing is young PD Park Jin Seok of Naked Fireman.