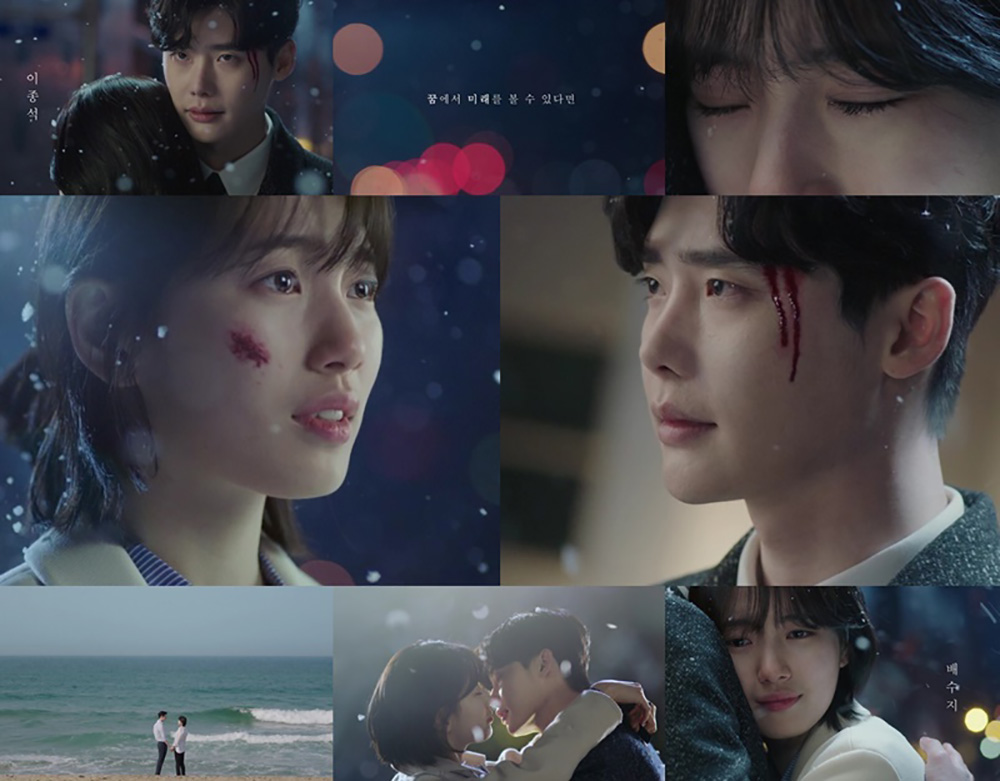 It’s here, the first teaser for the highly anticipated (by me!) SBS Wed-Thurs fall drama While You Were Sleeping. It was fully pre-filmed but unlike another pre-produced drama Uncontrollably Fond which was filmed in winter but aired in the summer so all the visuals were wonky with it being boiling outside and the leads swathed in great coats and scarves, this one was filmed in fall and winter and will air at the start of fall so can nicely usher in the cooler temps.

The first look at scenes from While You Were Sleeping features solely the leads Suzy and Lee Jong Seok, all emotionally intense under the soft fall of snow while discussing how she can see the future and what will happen if he helps her alter the course of what she saw. They look great together but then again I’ve though both leads always visually match up with any of their former costars so hopefully there’s chemistry aplenty and a gripping story by screenwriter Park Hye Ryun to move things along nicely.

Teaser for While You Were Sleeping: