The C-slang for a celebrity sighting in real life is spotting in the wild, which in safari context isn’t really in the wild since the navel gazer went to the animal’s habitat. But for celebrities it really is in the wild because stars live in the real world just like us plebeians and one never knows when a sighting could occur. Certain high density urban capitals like New York, London, and of course Paris are prime spots for star in the wild sightings and this week some lucky fans of Song Joong Ki and/or Song Hye Kyo got the eyeful in the City of Lights.

The couple was in Paris for personal reasons per their agencies, with Song Hye Kyo sharing the picture above of her stylishly walking the Parisian streets, and fans snapping pics of her with future hubby Song Joong Ki. Hopefully their fans are now more “ands” than “ors”, the plus one aspect, since the two are about to tie the knot next month and it would suck if their individual fans didn’t also grow to love the other star. I certainly like her much more once she was confirmed to marry Song Joong Ki, “love the home then love the bird living inside” is also a well-known Chinese slogan that helps remind one to be more accepting. 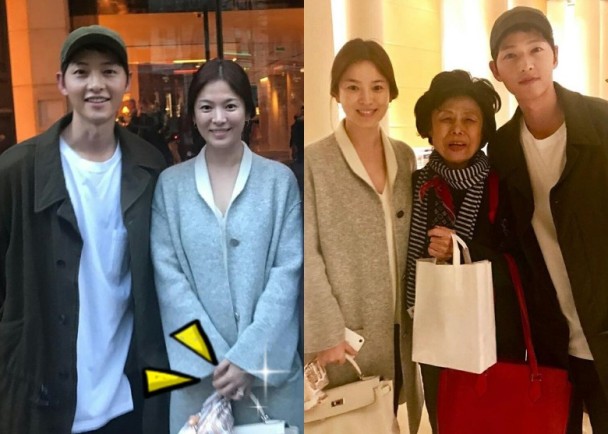