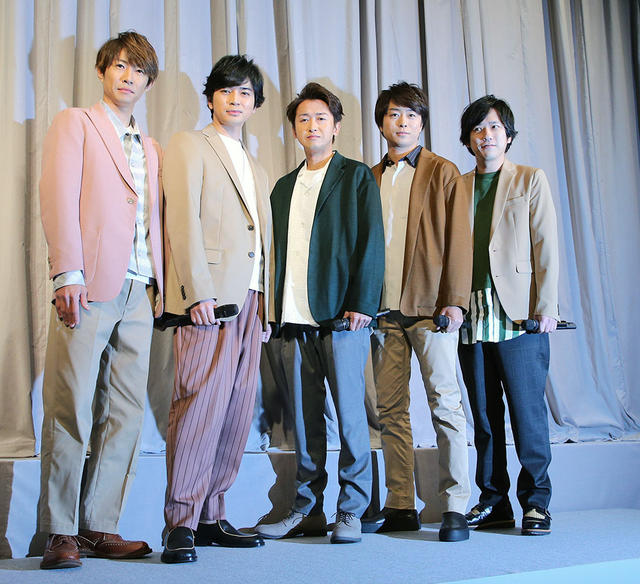 At the end, and still classy and united as always. Japan’s top boy idol group Arashi announced today that they are officially ending active group promotions at the end of 2020, leaving over a year remaining on their tenure as a group entity and leaving on such a high note it’s hard to remember an ending/pause as thoughtfully done as this. The group debuted in 1999 as the younger brother group to mega popular SMAP and since then has carved out their own identity and in some ways even surpassed SMAP, which disbanded three years ago in 2016.

Arashi consisted of leader Ohno Satoshi, Mastumoto Jun, Aiba Masaki, Ninomiya Kazunari, and Sakurai Sho, with each having fame as actor, host, and variety star beyond being part of Arashi. It was leader Ohno who is reported behind the disbandment having confessed a desire to live a normal life, and his four group brothers have decided it makes sense to end the group rather than continue as a four-some. Fans across Asia are teary and paying tribute to this ground breaking 20-year successful group, as am I. Arashi has been there during my entire teen to adulthood, thank you boys for being so consistently amazing.