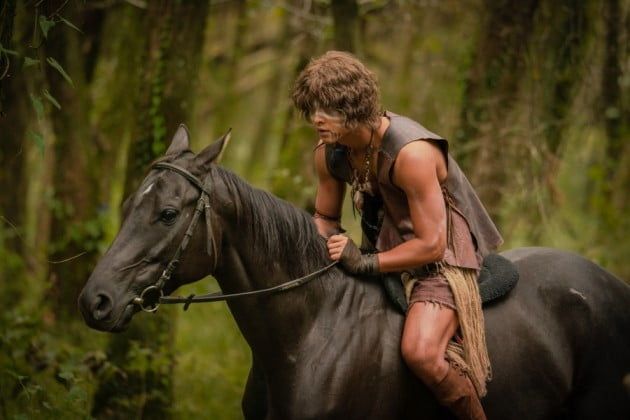 It’s not quite T-minus 30 days but tvN epic fantasy-tinged sageuk Asadal Chronicles is coming soon, on June 1 to be exact. That makes it primed for the summer season viewer surge and a potential to be a ratings winner for the cable network. The first stills are out for male lead Song Joong Ki who plays a warrior and future king of the mythical legendary early Korean city-state Asadal. The drama is part Jumong and part The Legend, both of which were major hits in Korea in the mid-aughts. Song Joong Ki looks just like Song Joong Ki in curly hair, face paint, and ripped up clothes, which is par for the course on all Song Joong Ki roles. I never think he looks like the character until I see him in motion, in promo stills he always looks like he’s a grown up boy cosplaying a role such as an army captain or bad boy. But once the screen plays I’m always swept up, that’s his intensity and charisma and I think it’s going to be the same here again.