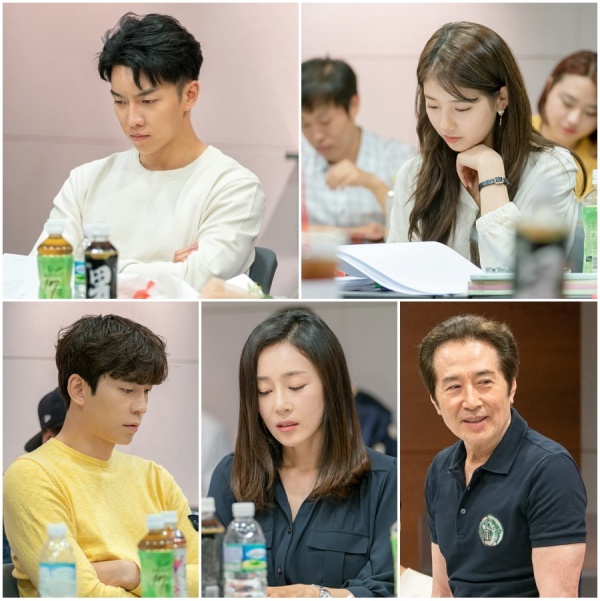 Looks like SBS is on a Lee Seung Gi roll from late summer into early fall, what with his variety show Little Forest and now the airing date confirmed for thriller Vagabond. Come September 20th, fully pre-produced Vagabond will finally debut with likely mid-to-high expectations what with the big name cast especially the reunion with his former costar Suzy who still commands quite a name recognition and likability factor in Korea. SBS will ramp up promotions with the confirmed airing slot just a month away and the news of the premiere date was accompanied by the official script reading stills which were from last year as the drama filmed from late 2018 to early 2019.