I’m going to say this – this young woman was taken too early from life because of the words of thousands and tens of thousands of K-netizens piled onto whatever emotional and mental demons she was battling. SM Entertainment‘s most tabloid targeted idol-actress Sulli (Choi Jin Ri) was found dead in the wee morning hours of October 14th. Her manager last spoke to her around 6 pm on October 13th and when she did not respond further went with the police to her apartment around 3:30 am where they discovered Sulli already deceased. The official report is suicide and for a 25-year old girl to just take her own life there must have been so much weighing her down. Even if she were as wild, crazy, and weird as K-netizens loved to rag on her for, she was ultimately just someone trying to be herself which happened to be in the public eye hence she got so much flack. Rest in peace, and know that there will never be weird articles written about you anymore where people who don’t know you spend hours criticizing your choices. 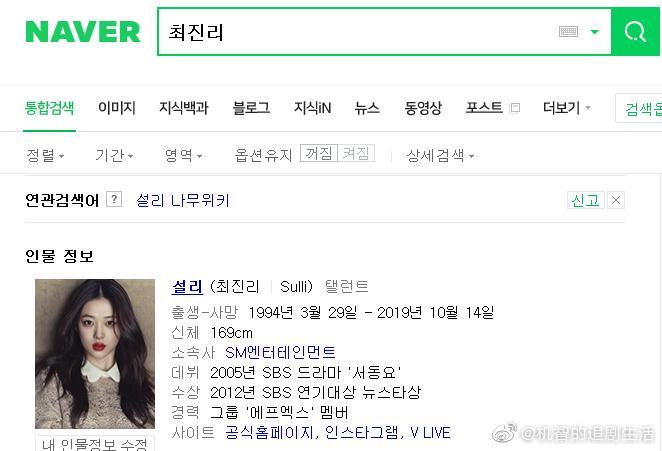