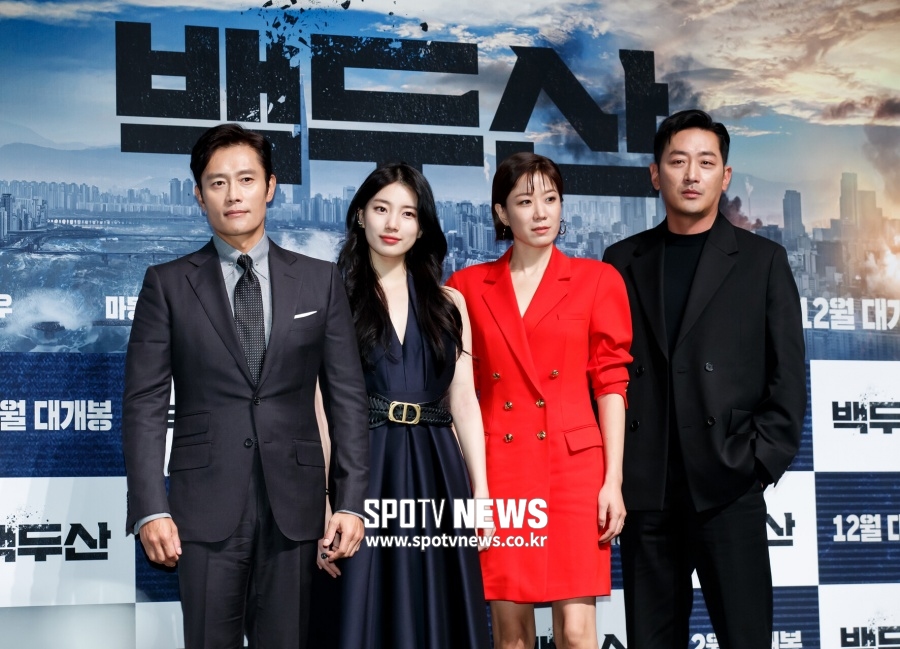 This has been a busy week for the cast of upcoming disaster K-movie Ashfall (Mount Baekdu). It’s the first time Ha Jung Woo and Lee Byung Hun, top movie stars usually headlining their own movies, are working together and they are joined by actresses Suzy and Jeon Hye Jin as well as Ma Dong Seok in a supporting role. It’s a return to disasters taken seriously unlike summer blockbuster Exit that played it for family bonding and a bit of laughts, this time Mount Baekdu erupts since it’s a volcano and all and the ensuing ash causes mass destruction in both North and South Korea. The male leads form a North-South expert team to stop impending future eruptions. It was a star studded series of press conferences and movie premiere for this action flick, it’s totally my perfect watch on long plane flights kinda movie.