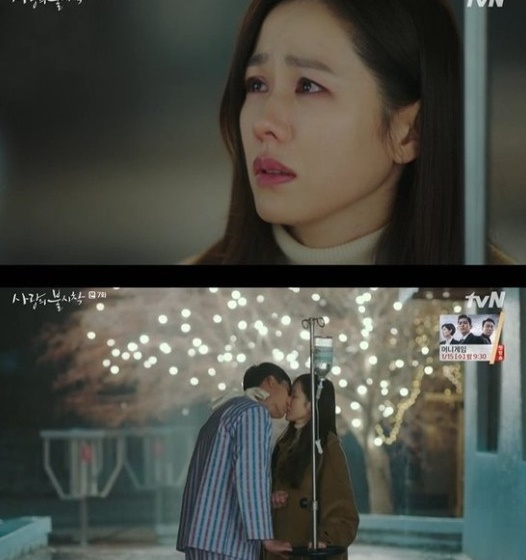 The two week break between new episodes for hit tvN weekend drama Crash Landing on You didn’t reverse its momentum but perhaps did slow down it’s ratings surge. This Saturday’s episode 7 brought in a new drama high of 9.374% which wasn’t a big jump from episode 6 and there was even another kiss thrown our way like an obvious treat to drama fans. The plot development remains nicely done, even the stereotypical elements are packaged in appealing ways and delivered with such lovely calmness by leads Son Ye Jin and Hyun Bin. Their interactions are so cute to watch and it’s starting to get all angtsy watching each sacrifice for the other especially with so much danger around them and more coming their way. This episode also delivered an epilogue that tied in Jung Hyuk’s piano playing days in Switzerland with Se Ri’s euthanasia death wish and further ties together their prior important yet fleeting encounters.